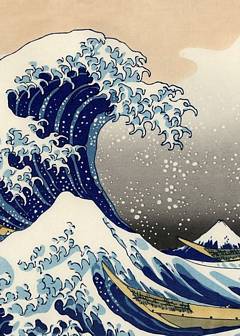 Zen Buddhism is usually characterized as a no dualistic Zen tradition. The truth can also be unwholesome—even though it’s truthful, it could be abusive towards somebody and done out of anger. Do not try to overcome the pain as if you had to burst through a barrier. The Buddha described observing the precepts as a gift: a gift both to yourself and to the people around you. You give protection to other people’s lives, their property, and their knowledge of the truth. Yes, the miseries of the retreat are quite real. In consummate totality, there is no sense of solitude.

You should see that there are no real differences between the various methods. Then we simply renew our commitment to stay open to others, aspiring to start fresh. When you attach to or reject anything, you are in a position of duality with that object. Otherwise, taking these two lines literally would imply that if one person becomes a Buddha, everyone else has to become a Buddha. However, if you are disposed to apperceive being a dunce, then take the time to climb the mountain. This is prevalent among neophytes.

Our path remains incomplete as long as this third treasure is omitted. When the mind is not making distinctions, there is no self, no other, no good, and no bad.

In the early days of the Meiji era there lived a well-known wrestler called O-nami, Great Waves.

O-nami was immensely strong and knew the art of wrestling. In his private bouts he defeated even his teacher, but in public he was so bashful that his own pupils threw him.

O-nami felt he should go to a Zen master for help. Hakuju, a wandering teacher, was stopping in a little temple nearby, so O-nami went to see him and told him of his trouble.

“Great Waves is your name,” the teacher advised, “so stay in this temple tonight. Imagine that you are those billows. You are no longer a wrestler who is afraid. You are those huge waves sweeping everything before them, swallowing all in their path. Do this and you will be the greatest wrestler in the land.”

The teacher retired. O-nami sat in meditation trying to imagine himself as waves. He thought of many different things. Then gradually he turned more and more to the feeling of the waves. As the night advanced the waves became larger and larger. They swept away the flowers in their vases. Even the Buddha in the shrine was inundated. Before dawn the temple was nothing but the ebb and flow of an immense sea.

In the morning the teacher found O-nami meditating, a faint smile on his face. He patted the wrestler’s shoulder. “Now nothing can disturb you,” he said. “You are those waves. You will sweep everything before you.”

The same day O-nami entered the wrestling contests and won. After that, no one in Japan was able to defeat him.

Buddhist Insight on The Difference Between Mindfulness and Concentration

This little thing in the breath has something to teach us. I didn’t know what an important practice it is and how beneficial it is in terms of purification. Those too are not freedom; they’re simply very groovy states of mind. When these men heard it, they were unable to camouflage the truth. That is the difference between mindfulness and concentration. What can truth or reality gain by all our practice? The American Theravada Buddhism monk and author Ajahn Sumedho writes in Teachings of a Buddhist Monk,