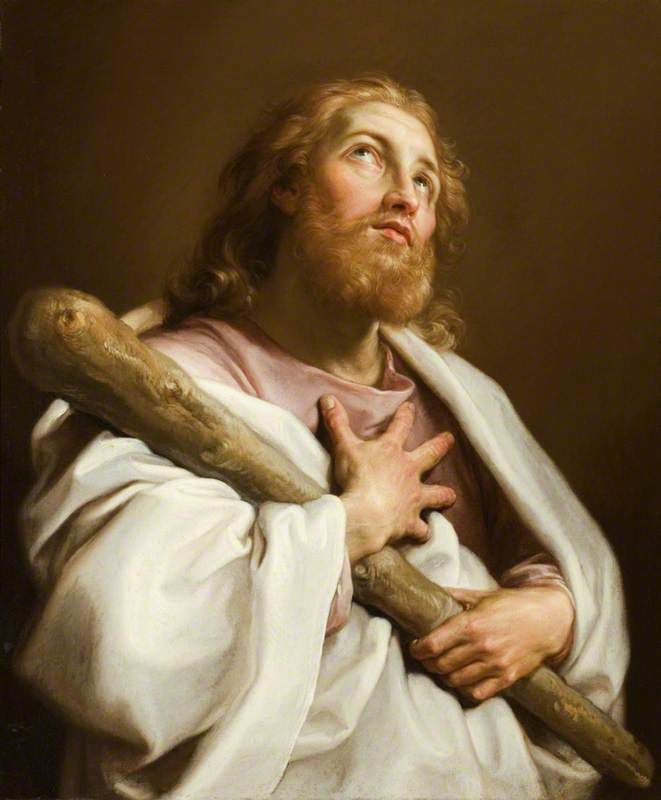 In all four inventories of the apostles, James, the son of Alpheus, is grouped with Thaddaeus, Simon the Zealot, and Judas Iscariot. Academics conjecture that there was a common thread amongst these men prior to joining Jesus, and that perhaps they all once fit in to the rebellious religious faction known as the Zealots.

James the Younger is occasionally called “the Less” (Mark 15:40) though no noteworthy reason has been found for this, except for perhaps to differentiate him from “James the Elder” or “the Great.”

It is commonly thought that James was the brother of Matthew, because both were sons of Alpheus. Like his brother, James came from Capernaum in Galilee, on the northwest shore of the Sea of Galilee. Here Jesus came to land early in his ministry, propagandizing in the native synagogues, private homes, and on the sandy shores of the sea. Crowds congregated throughout to listen, and perhaps James came to hear Jesus’ teachings in such a way. However it is believed that James contrasted ideologically with Matthew, both brothers were inspired by Jesus. Renouncing all else behind, together they set aside their disparities and followed him.

One story maintained in the Golden Legend relates that James so bore a resemblance to Jesus that it was difficult for those who did not know them well to tell the two apart. Perhaps there is a minor kernel of truth here. Might this be the motive that the kiss of Judas in the Garden of Gethsemane, according to Scripture, was needed? Perchance it was to make certain that Jesus and not the holy apostle James was detained.

In the Apostle James’ last days he earned the name the “Divine Seed” for he labored during the course of his life to sow the seeds of Jesus’ message. Thus he flourished in planting faith and benevolence in all who listened.