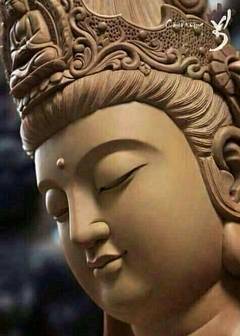 The reason we do not see truth is that we do not have enough courage. The more you meditate in the Zen tradition, the less likely you will step in it. When we say this, we do not mean that we depend on the Buddha. We mean that if we follow the Zen Buddhist Method taught by the Buddha we will develop the confidence to work out our own salvation. We certainly do not think that the Buddha will come one day and take us up to “heaven” in a glorious flight. When you reach this state, you will perceive everything as equal. The minute you stop pumping, the air starts to leak and the tire will eventually go flat.

However, beyond the desire realm, there are the form realm and the formless realm. To transcend them, you have to liberate yourself from the pabulum of consciousness. After they finish the work, they pave over it again and everything is just as it was before. Of course, if there were no sense of doubt in the commencement, you would not be incentivized to practice. After practicing diligently, you will gradually resolve the quandary of doubt. It all depends on your karmic roots. When those with deep karmic roots are exposed to the edifications of Zen, they expeditiously accept them. Such visions, good and bad, are generally manifestations of our own mental realms.

There was an old woman in China who had supported a monk for over twenty years. She had built a little hut for him and fed him while he was meditating. Finally she wondered just what progress he had made in all this time.

To find out, she obtained the help of a girl rich in desire. “Go and embrace him,” she told her, “and then ask him suddenly: ‘What now?'”

The girl called upon the monk and without much ado caressed him, asking him what he was going to do about it.

“An old tree grows on a cold rock in winter,” replied the monk somewhat poetically. “Nowhere is there any warmth.”

The girl returned and related what he had said.

“To think I fed that fellow for twenty years!” exclaimed the old woman in anger. “He showed no consideration for your needs, no disposition to explain your condition. He need not have responded to passion, but at least he should have evidenced some compassion.”

She at once went to the hut of the monk and burned it down.

Buddhist Insight on Awareness of Mortality

Buddha teaches that this moment is not dependent upon the prior moments or future moments. Within this, there are the contradictory reason of real dependency, and the contradictory reason of dependence from the vantage point of mind. True practice is one continuous mistake, one after another anyway. All who want happiness want to disregard suffering and raise their awareness of morality? They’re a little scary but they’re not so terrible. German Theravadin Buddhist nun Ayya Khema writes in When the Iron Eagle Flies,

The Buddha recommended that every person should remember every single day that we are not here for ever. It is a guest performance, which can be finished at any time. We don’t know when; we have no idea. We always think we may have seventy-five or eighty years, but who knows? If we remember our vulnerability every single day, our lives will be imbued with the understanding that each moment counts and we will not be so concerned with the future. Now is the time to grow on the spiritual path. If we remember that, we will also have a different relationship to the people around us. They too can die at any moment, and we certainly wouldn’t like that to happen at a time when we are not loving towards them. When we remember that, our practice connects to this moment and meditation improves because there is urgency behind it. We need to act now. We can only watch this one breath, not the next one.