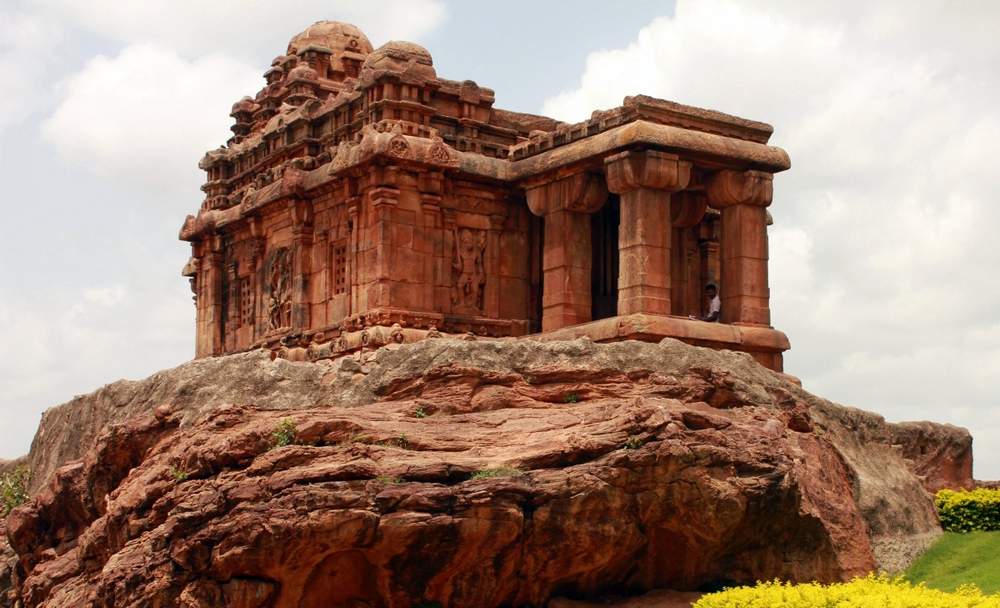 Badami or Vatapi (in Sanskrit) was the capital of the early Chalukyas. Pulakeshi I, one of the early kings of this kingdom built a strong defense at Badami and made it his capital in the year 547 CE. From that time forwards, the later kings of this dynasty built rock-cut and structural temples here for about three hundred years and for this reason, Badami became a distinguished hub of Karnataka architecture and sculpture.

On the opposite side of the town, below and around the north fort, there are a number of structural temples. There are many temples at Badami of which Malegitti Shivalaya is remarkable from many points of view. Imaginably with the connection of a woman who was a garland-maker, this temple should have got that name. 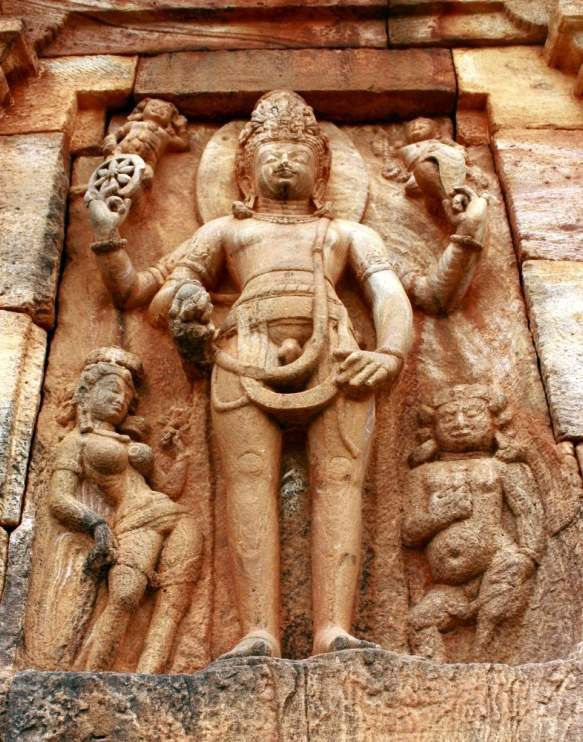 The very location of this temple is appealing. It is built on a ridge of the rugged hills, which have a view over the town of Badami. Malegitti Shivalaya is noteworthy from the evolution of the Chalukyan style of architecture.

Badami’s Malegitti Shivalaya represents a phase of Chalukyan art. It is a good example where the domical finial is octagonal and is supported by a series of small shrines. It is not a large temple but is a solid enormous construction palpably to withstand the ravages of time. This may not show predominantly sophisticated parts but it has grandeur of its own.

The temple consists of three parts namely garbhagriha, sabhamandapa and mukhamandapa. The basement consists of mouldings one of which is thicker and has ganas carved on it. The wall of the temple consists of pilasters at regular intervals. Nevertheless, the centre of the sabhamandapa has a koshtha which adorns an image of Vishnu and on both sides are rectangular pierced windows. Over this runs a thick eave and above it are some more moldings. The tower over the garbhagriha is a archetypal Dravidian sikhara and by its small size looks graceful. The mukhamandapa has four pillars supporting a flat roof. The two dvarapalas fully decorated are artistically superior with fine expressions and alert poses. 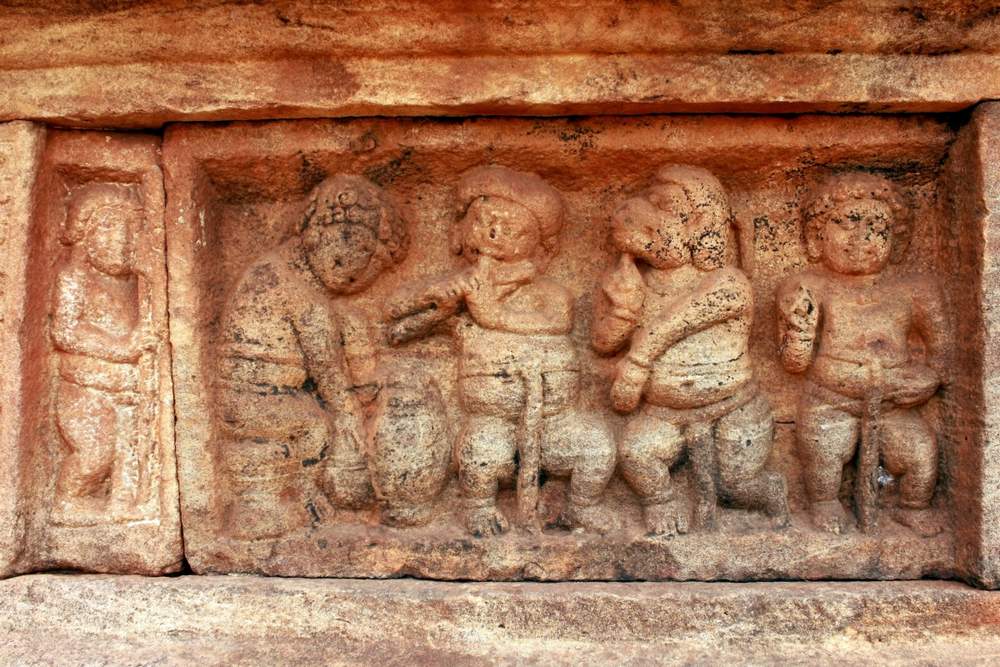 The southern wall has an image of Shiva holding a trident, and a serpent. In the interior of the sabhamandapa on the ceiling is an image of Vishnu on Garuda within a lotus medallion. The garbhagriha doorway is highly ornamental with trimmings of foliage, pilaster, floral designs with nagas on either side with mithuna sculptures. The lintel has Nataraja in miniature. Inside the garbhagriha is a linga. 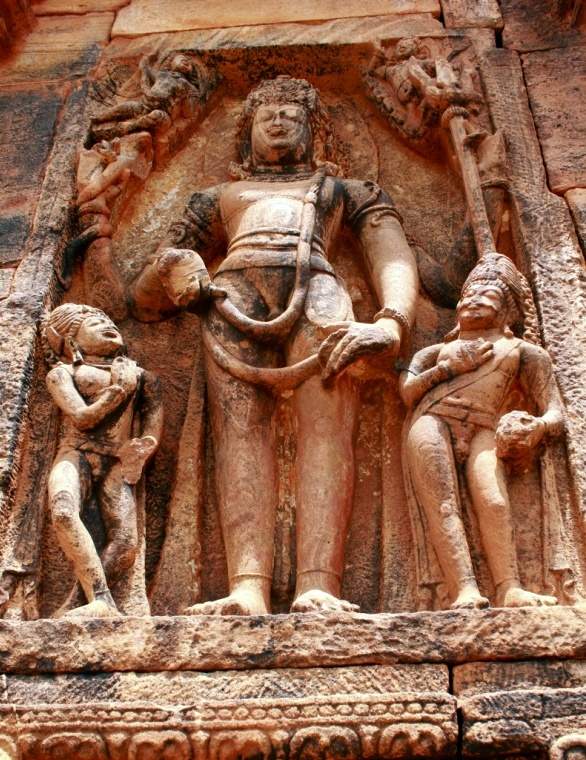 An architect by name Aryaminchi Upadhyaya is the designer of this Malegitti Shivalaya as stated by an inscription. On stylistic justification, this temple is dated to the seventh century CE. The dire condition most other temples around Badami contrast with the reasonably finished Malegitti Shivalaya, which crowns on as secluded boulder beneath the western flank of the North fort, this temple also be dated to the first half of the 7th century and is of historical interest for its well-preserved carvings. 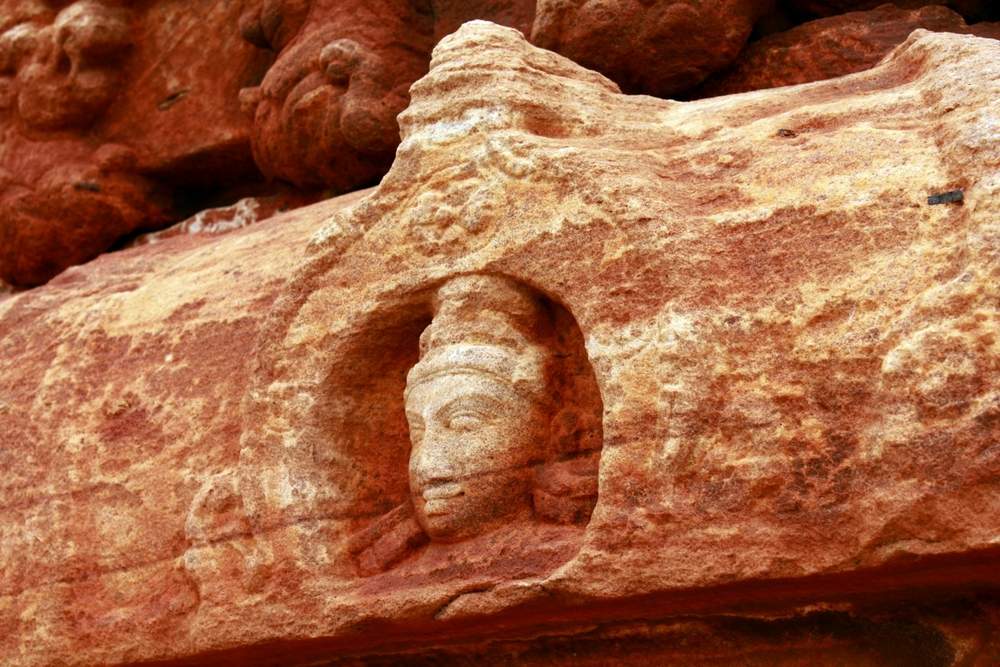