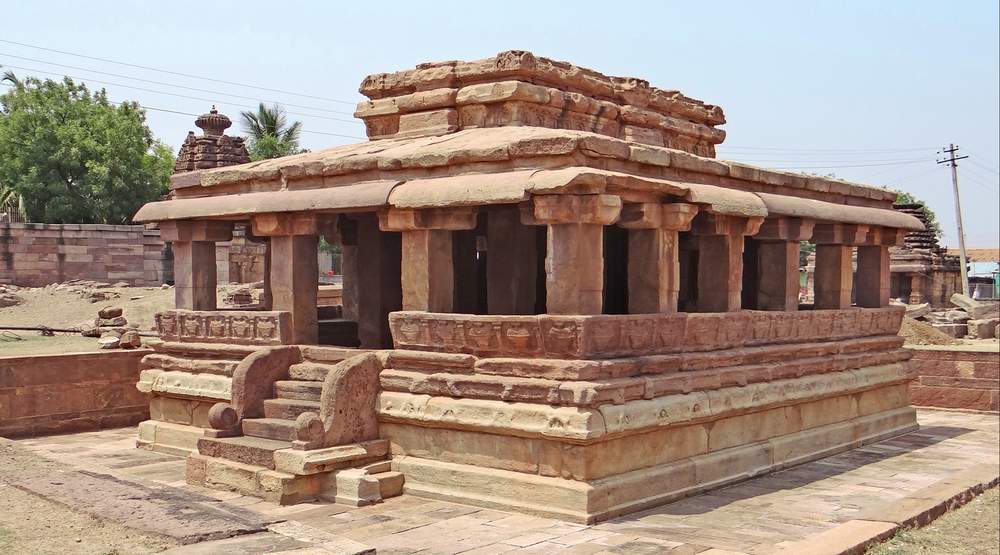 Gaudara Gudi near to the Ladkhan temple at Aihole is another interesting monument of Karnataka architecture. It is not known as to why it is called by that name (Gauda = Village headman).

A few years ago, the Archaeological Survey of India conducted excavations here and this has shown that Gaudara Gudi is former than the Ladkhan temple. As the precise date of the Ladkhan temple is also not known, the exact date of Gaudara Gudi cannot be fixed. On stylistic grounds, it has been surmised that this temple should have been built in the early part of the seventh century CE.

Gaudara Gudi is a fascinating and irreplaceable structure. It has a basement of four and half feet in height with thick moldings. This temple consists of a garbhagriha, a pradakshinapatha and a mandapa. Sixteen square shaped pillars with abacus hold the roof. The roof is in two tiers one above the other and is made of sloping stones. The lower eave-like molding has some decorations. At the western side of the roof are found low sikhara-like part, which is made of two tiers, the outer edges of which have decorative moldings.

The temple has a flight of steps in the middle of the mandapa. The columned mandapa has on its base a series of pumakumbhas. Behind them are kakshasanas. The pillars are heavy and thick. The beams inside are well carved and have bass-relief sculptures of floral patterns, animals, and human beings. Some of them have chaitya windows.

The garbhagriha is small and it has very beautiful carvings on its doorway. Its outer walls have three koshthas that once perhaps contained three sculptures which are now missing. The side and upper jambs of this doorway were intricately carved with floral design. The lintel has in the middle a flying Garuda in human form. He is flanked on either side by pilasters. What is more important is the sculpture of Lakshmi above the garuda. The ornamented and seated Lakshmi holds lotus flowers in her two hands. On both sides are elephants performing abhisheka to her. 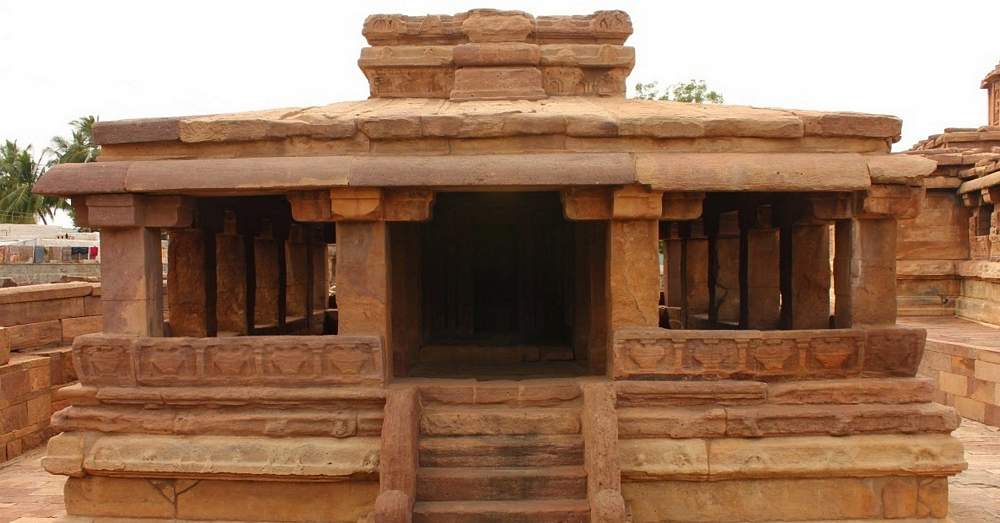 Below in the pond are two more elephants. Such Lakshmi motifs are found in Badami also. Founded on this sculpture of Lakshmi, it is supposed that this temple was dedicated to Bhagavati or Lakshmi. So therefore, this may be considered as one of the earliest temples of Lakshmi in Karnataka. From all these characters, this temple occupies an important place at Aihole.