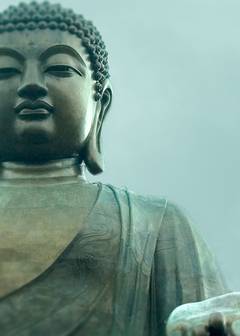 Zen is an interesting method of communicating enlightenment; however, enlightenment does not differ between the many varieties of faiths or religions. Anyhow, yes, there are enlightened people who use Zen nowadays, but none who are enlightened in Zen. For instance, this incense board is just a piece of wood. A sick person may absorb this energy and this may avail them to practice preponderant. Practicing this goodness will avail the process of their rejuvenating. However, because of incognizance and delusion, we keep following this cycle. We carry out many activities, and develop many affixments to this life.

We endeavor many incipient things in order to gratify ourselves. We chase after pleasure and we endeavor to evade or discard those things we do not relish. From this concentrated state, we can enter the mind of unity. Tibetan Zen Buddhism as we know it today was shaped in part by arguments over how best to present Zen Buddhist teachings. Great space does not refer to nothingness, but rather to a totality. No ghosts or deities would be able to find you. Some people become so overwhelmed by troubles in their practice, they end up without any discrimination, letting go of their hopes as well as their despair.

The master Bankei’s talks were attended not only by Zen students but by persons of all ranks and sects. He never quoted sutras not indulged in scholastic dissertations. Instead, his words were spoken directly from his heart to the hearts of his listeners.

His large audience angered a priest of the Nichiren sect because the adherents had left to hear about Zen. The self-centered Nichiren priest came to the temple, determined to have a debate with Bankei.

“Hey, Zen teacher!” he called out. “Wait a minute. Whoever respects you will obey what you say, but a man like myself does not respect you. Can you make me obey you?”

“Come up beside me and I will show you,” said Bankei.

Proudly the priest pushed his way through the crowd to the teacher.

Bankei smiled. “Come over to my left side.”

“No,” said Bankei, “we may talk better if you are on the right side. Step over here.”

The priest proudly stepped over to the right.

“You see,” observed Bankei, “you are obeying me and I think you are a very gentle person. Now sit down and listen.”

Buddhist Insight on An Art of Living

The art of Zen living requires, if you come to something that’s in the middle of the road, even if it’s not your lane, it’s a nice thing to pick it up, move it aside, because you care for the earth; not because you’re intended to, but because it brings joy. At first, it’s difficult, but if you work with it for a while, it actually starts to become interesting. The Burmese-Indian teacher of Vipassana meditation S. N. Goenka writes in The Art of Living,

By learning to remain balanced in the face of everything experienced inside, one develops detachment towards all that one encounters in external situations as well. However, this detachment is not escapism or indifference to the problems of the world. Those who regularly practice Vipassana become more sensitive to the sufferings of others and do their utmost to relieve suffering in whatever way they can – not with any agitation, but with a mind full of love, compassion and equanimity. They learn holy indifference – how to be fully committed, fully involved in helping others, while at the same time maintaining balance of mind. In this way they remain peaceful and happy while working for the peace and happiness of others.

This is what the Buddha taught: an art of living. He never established or taught any religion, any “ism.” He never instructed those who came to him to practice any rites or rituals, any empty formalities. Instead, he taught them just to observe nature as it is by observing the reality inside. Out of ignorance, we keep reacting in ways which harm ourselves and others. But when wisdom arises – the wisdom of observing reality as it is – this habit of reacting falls away. When we cease to react blindly, then we are capable of real action – action proceeding from a balanced mind, a mind which sees and understands the truth. Such action can only be positive, creative, helpful to ourselves and others.