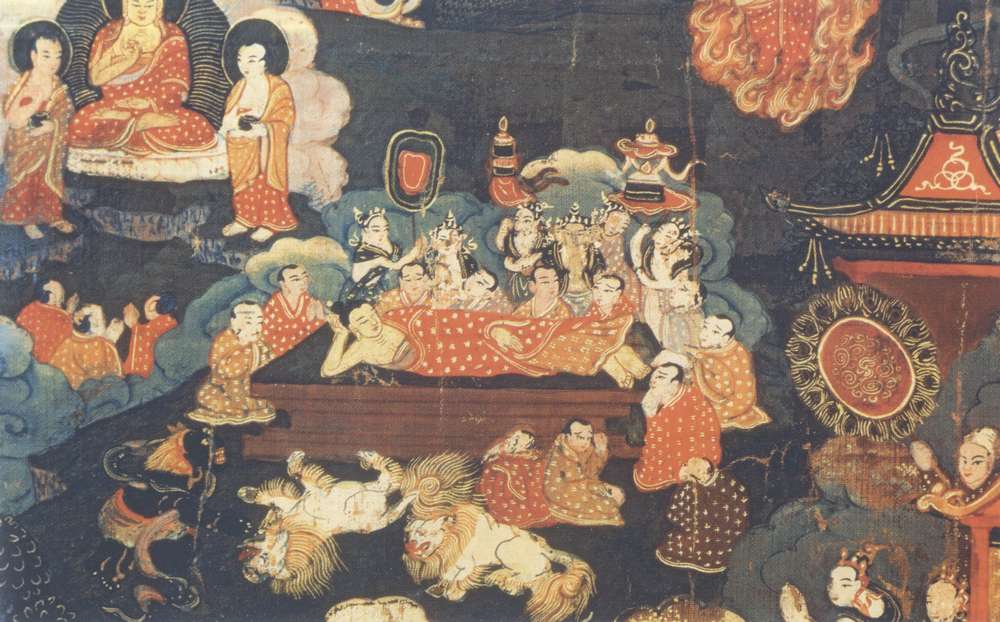 Nirvana is the Hindu/Buddhist concept of the state of enlightenment achieved when karma and craving are extinguished.

The concept of nirvana originated with the historical Buddha, Siddhartha Gautama (c. 563-483 BCE), during the sixth century BCE. Though Buddhism is grounded in Hindu philosophy, it is a heterodox approach to spiritual cultivation that eschews some of the core tenets of Hinduism, and the belief in nirvana epitomizes this philosophical shift.

The Sanskrit word nirvana literally translates as “snuffing out,” and refers to the eradication of the karma (a force generated by a person’s actions) and craving that bind an individual to the cycle of rebirth (samsara). One of the central ideas of Buddhism is anatman, which is a rejection of the Hindu notion that there is a permanent, essential self (the atman, or soul) that is one with ultimate reality. Because there is no self to whom karma can attach, Buddhism explains the transfer of karma using a candle metaphor: just as an old candle (one’s dying body) begins to peter out, its flame (karma) ignites the wick of a second candle (an infant’s body). Thus, karma is able to transfer without having to attach to a self. Nirvana occurs when one has reached enlightenment and eliminated ignorant attachment to false ideals, which snuffs out karma and allows one to exit the cycle of rebirth.

Theravada Buddhism divides nirvana into two stages, the awakening of the arhat (enlightened being) and parinirvana (the exit from samsara upon death), though practitioners in the Mahayana tradition take the bodhisattva vow to not enter nirvana until all sentient beings have been awakened.

Though nirvana signifies a key split from Buddhism’s Hindu origins, the concept has influenced Hinduism and is present in the 700-verse scripture the Bhagavad Gita, in which Krishna uses the concept of brahama nirvana to describe the state of liberation in which karma is eradicated and one has achieved union with Brahman (ultimate reality).