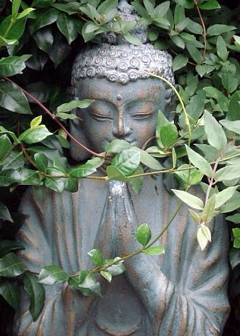 This is not the case for mundane people. In most religions, if you reach a stage where you identify planarity with the macrocosm, it would be considered the ultimate or great harmony. Others honor the rule and refrain from speaking, but that does not mean that they are not talking to themselves. The basic thing is that they find out what their strengths are in body and mind, and how they can follow the precepts. Nor should you be concerned with anything going on inside yourself.

After practicing diligently, you will gradually resolve the problem of doubt. When practice sets in, rather the way weather does, there can be a lot of boredom and feeling clueless, so that cluelessness or plainness is something that always needs to be taken into account. This is for the reason that your mind is divided into two, or even three: a sense of yourself, of your body, and of the pleasure.

Zen Koan: “Is That So?” Parable

The Zen master Hakuin was praised by his neighbours as one living a pure life.

A beautiful Japanese girl whose parents owned a food store lived near him. Suddenly, without any warning, her parents discovered she was with child.

This made her parents angry. She would not confess who the man was, but after much harassment at last named Hakuin.

In great anger the parent went to the master. “Is that so?” was all he would say.

After the child was born it was brought to Hakuin. By this time he had lost his reputation, which did not trouble him, but he took very good care of the child. He obtained milk from his neighbours and everything else he needed.

A year later the girl-mother could stand it no longer. She told her parents the truth – the real father of the child was a young man who worked in the fishmarket.

The mother and father of the girl at once went to Hakuin to ask forgiveness, to apologize at length, and to get the child back.

Hakuin was willing. In yielding the child, all he said was: “Is that so?”

Buddhist Insight on No Thought of Achievement

If you foster generosity, Zen kindness, awareness, and giving, you will be happy because you’ll learn that it’s pleasant, and the way that karma works is that your world will become more of a steering rather than fear and holding. Within the conventional, relative truth, individual appearances, which accord and do not, are distinguished. Therefore, there isn’t any thought of achievement. Shunryu Suzuki, the Japanese-American Zen monk who helped popularize Zen Buddhism in the United States, writes in Zen Mind, Beginner’s Mind,

In the beginner’s mind there is no thought, “I have attained something.” All self-centered thoughts limit our vast mind. When we have no thought of achievement, no thought of self, we are true beginners. Then we can really learn something. The beginner’s mind is the mind of compassion. When our mind is compassionate, it is boundless. Dogen-zenji, the founder of our school, always emphasised how important it is to resume our boundless original mind. Then we are always true to ourselves, in sympathy with all beings, and can actually practice.