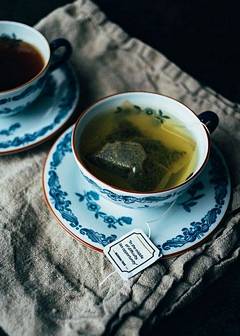 Together with Vedanta Hinduism, Zen is an early and continuing example of the globalization of religion from the East on several levels. The reward body also appears for the sake of sentient beings; for this reason, it is limited in location. The poem encourages us to practice without attachment. It merely reflects whatever you put in front of it, as it is, without hindrance.

Once you narrow yourself down to the mental environment, there are two things you are involved with—the method, and stray thoughts. What is the difference between Buddhahood and enlightenment? Buddhahood is attaining the ultimate, whereas enlightenment is seeing Buddha nature without encompassing it fully. In Japan, it was pellucid that in the lay Zen tradition you donated to the temple, you had your memorial accommodations, you had your family plot, and you fortified the priest.

Meditation decreases experienced stress load and leads to a faster decrease in heart rate after exposure to stressful film clips, but it is not clear whether improved access to unconscious processes is mediating processes. There are sundry levels of coalesced mind—the unity of self and macrocosm, the unity of body and mind, and beyond this, just one mind remaining.

Nan-in, a Japanese master during the Meiji era (1868–1912), received a university professor who came to inquire about Zen.

Nan-in served tea. He poured his visitor’s cup full, and then kept on pouring.

The professor watched the overflow until he no longer could restrain himself. “It is overfull. No more will go in!”

“Like this cup,” Nan-in said, “you are full of your own opinions and speculations. How can I show you Zen unless you first empty your cup?”

When water is agitated by waves, reflections that may arise are not grasped. A lot of our busyness is because we’re looking for something to fulfill us. This is the root cause of spiritual bankruptcy, according to Zen Buddhism. The charters are different but the practical path towards human liberation touches both. Can you learn the basic precept of transforming your unwanted sufferings into the path of practice? The British Zen Buddhist author and psychotherapist David Brazier writes in The Feeling Buddha,

We all carry hurt within us. It is not possible to have gone through life without getting buffeted. The hurt we carry is fuel. It is one of the essential conditions for a fire. When a person, or a whole community, is spiritually impoverished, this fuel is stored up. It then becomes tinder dry.The potential for fire to get out of control is then great. This is when wars start. I asked an acquaintance from Sarajevo why he thought the civil war there broke out. He said: ‘Boredom.’ He meant that people’s lives had ceased to be purposeful and war gave them a sense of direction. People sometimes fear that religion causes wars but, although religion, patriotism, self-interest, history and many other things may be invoked by war mongers, the real root of war is spiritual bankruptcy.