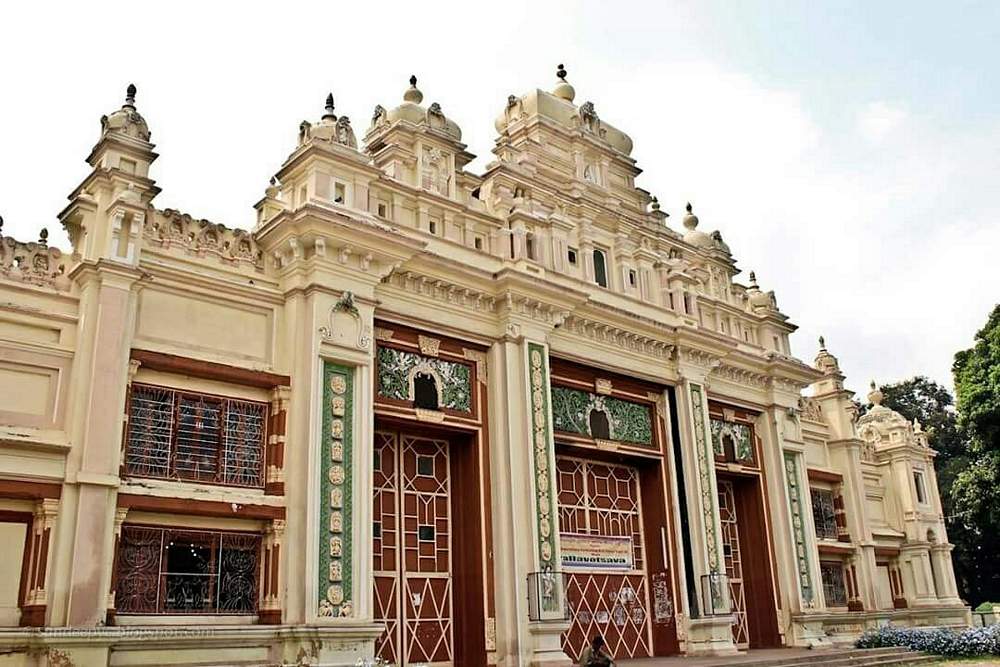 As the name itself signifies, the Jaganmohan Palace is an elegant and majestic building in Mysore. Actually it is at a walking distance from the Mysore palace to the west of it. It was originally built during the rule of Krishnaraja Wadeyar III sometime in 1860. When there was an accidental fire in the Mysore palace, this was used as a palace and all important functions took place here. The marriage of the then Yuvaraja was celebrated in this palace. 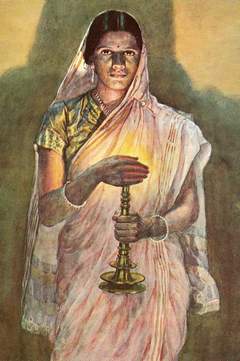 This palace also served as the durbar hall until the completion of the new pavilion in 1910. Another important function that took place here was the installation of His Highness the Maharaja in 1902 which was graced by Lord Curzon, the Governor General and Viceroy of India.

Later in 1900, a spacious and ornamental pavilion was added to the then existing palace. It was specially designed for the invitees to witness marriages, royal installations, and birthday celebrations. The long hall has two balconies on both sides so that the royal women could witness the functions. 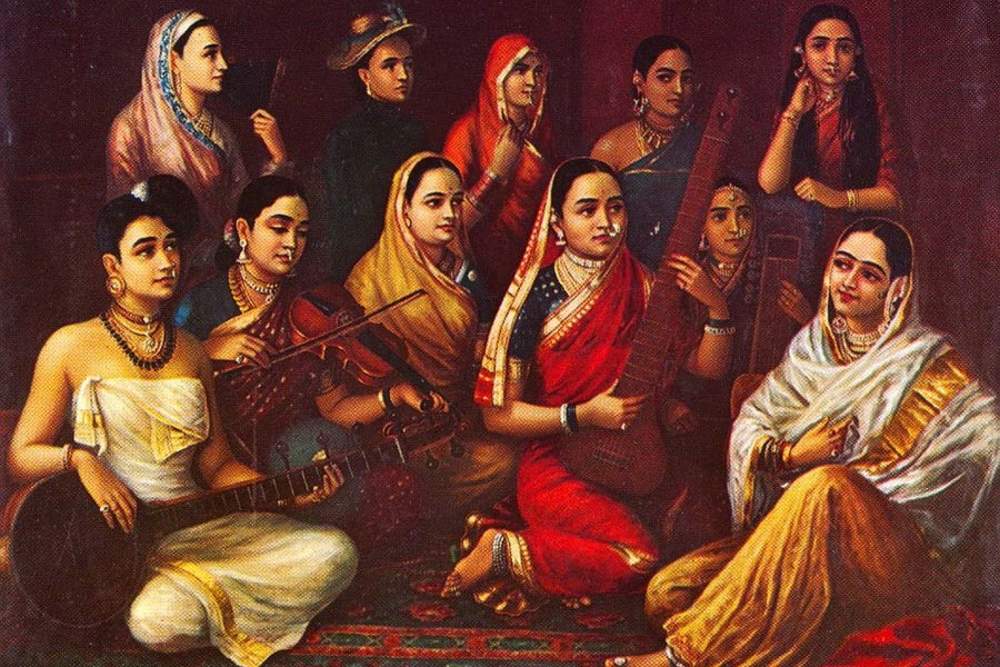 Today this palace has been made into an art gallery. The three-story structure behind the main hall is a fine repository of paintings, sculptures, musical instruments and other artefacts connected with Mysore royal family. The excellent paintings include those made by Raja Ravivarma, Ramavarma, and some European artists and Roerich.

Particularly interesting are the paintings giving the genealogy of Mysore kings and other matters of interest. The front facade of this palace is majestic with stucco ornamentation and broad doors. Minarets and domes at the four corners are highly pleasing. 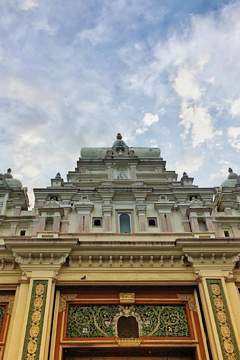 The central part has a vimana like tower with minarets and kalasha. The miniature sikharas on either side have chaitya like niches and the same is found at the central dome. Thus, it looks very elegant. It has a vast enclosure with a fine garden and huge shady trees. Hundreds of tourists visit this palace daily to get a glimpse of the Mysore royalty through paintings and other artefacts in the rare ambiance of a contemporary palace for which the Maharajas were famous universally.

Lalitha Mahal Palace is one of the most gorgeous and splendid heritage buildings in Mysore, perhaps in Karnataka itself, next only to the Maharaja’s palaces at Mysore and Bangalore.

Mysore being a princely state under the British, many distinguished foreign visitors used to visit Mysore for numerous purposes. They used to stay in Mysore palace itself. But this was not suitable for the stay of foreign dignitaries for obvious reasons. Hence the then ruling king Krishnaraja Wadiyar IV thought of constructing a building wholly for the foreign guests, where they would be more at home. Naturally he thought of a European classical building rather than an Indian palace.

The Maharaja immediately commissioned a famous architect by name E.W Fritchley. He selected a vast site near the foot of the Chamundi Hill, far away from the noise and pollution of the city. The magnificent building was completed in 1931 under the close guidance of the Maharaja Krishnaraja Wadiyar IV at a cost of about thirteen lakhs of rupees.

The building is an imposing two-storied magnificent structure. The projecting square porch at the ground floor and slightly projecting first floor porch with a trefoil pattern at the roof level are very pleasing. Both the floors have twin Ionic columns, eight on either side of the entrance which give a pleasing effect to the edifice. Two tiered domes are placed on all the four sides with one each at the middle. However, the most striking dome is the three tiered one which is just above the circular entrance hall. Actually it is at a great height and dominates the entire area including the elevation. One lakh bulbs were used to illuminate the palace on weekends and explained about the facilities for foreign tourists at the palace. 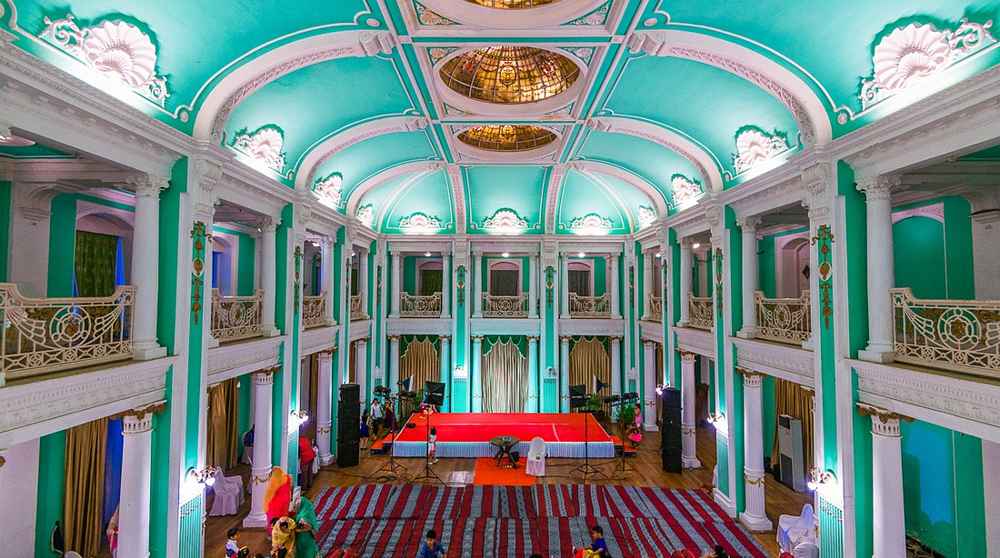 Though planned by a foreigner, the craftsmen were all local who had attained great mastery in the art of construction—be it woodwork, stone work, or stucco. This is evident from the richly-laid ornamental motifs on walls and ceilings, wall panels, window shutters and door Jambs. The imported tiles and some fixtures add a touch of royalty to the building. The balustrade staircase just facing the entrance branches off to right and left to reach the first floor is a pretty piece of Italian marble. Thus from top to bottom and from one end to another is an epitome of royalty. Even international guests are amazed at this dream-like edifice. Today it is a prestigious hotel of the government of India and attracts discerning tourists from abroad as well as within the country. Even important distinguished persons of the government also stay here, and enjoy the touch of royalty of the bygone ages of Mysore.

Lalitha Mahal Palace Hotel is owned by the State of Karnataka and has been leased out to India Tourism Development Corporation (ITDC.) The Lease Agreement is valid till 2023. There is a particular clause in the agreement which clearly states that “in case of a possible disinvestment, the hotel shall be given back to the State at the book value.” Hence the Management of ITDC have two choices: Manage the property till 2023 and then hand it over to the State Tourism Department or hand it over to the State right away at the book value. In case they feel they can’t run the hotel, the State of Karnataka is free to do whatever they want thereafter. 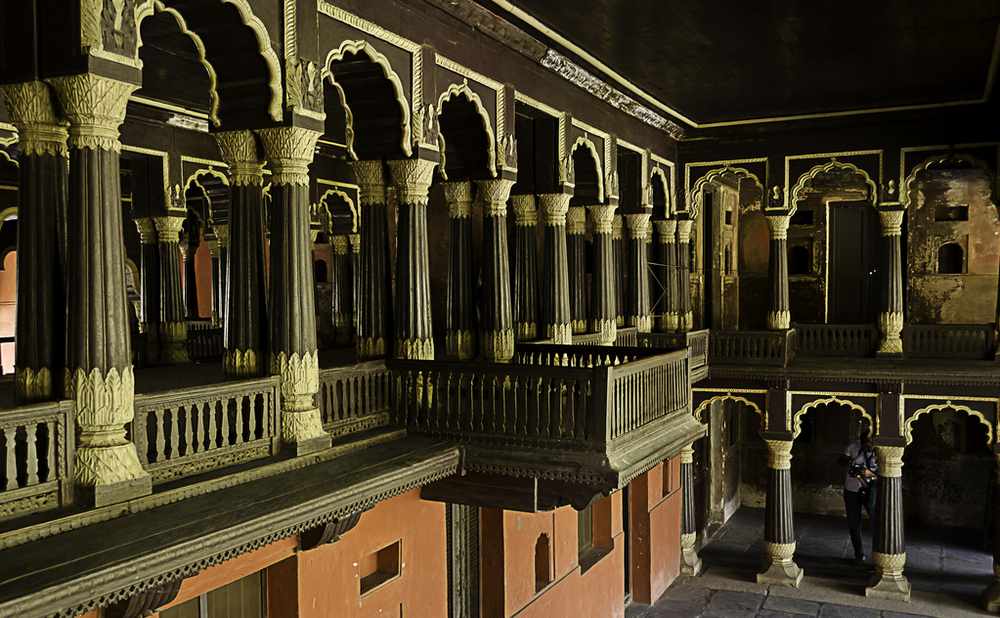 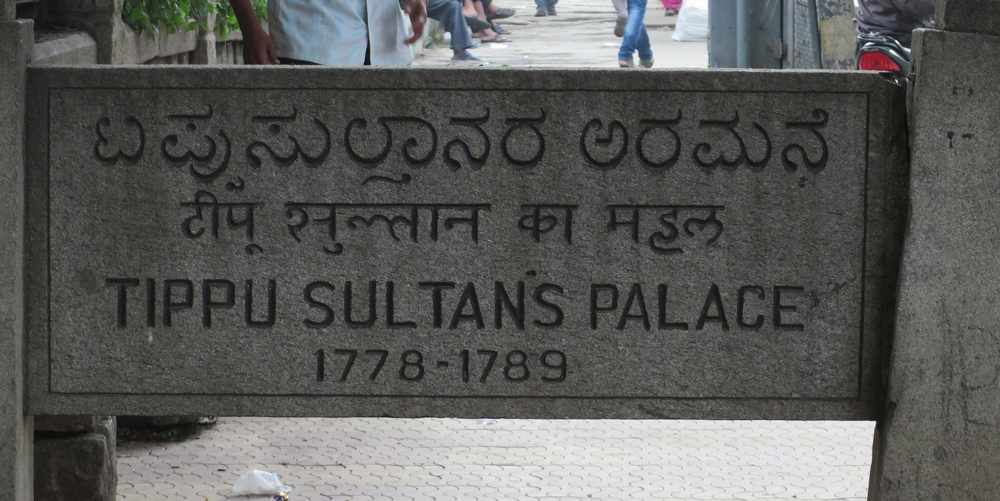 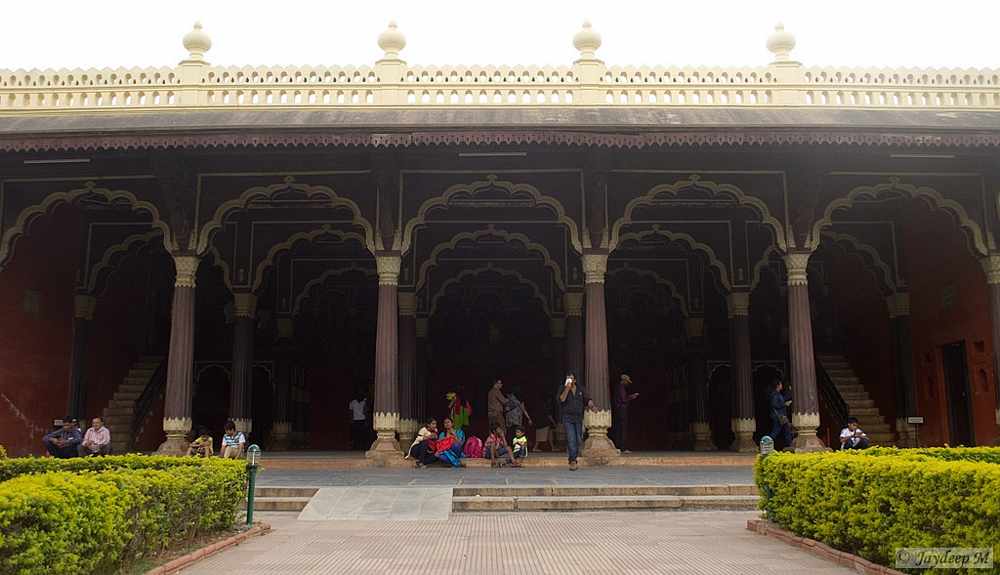 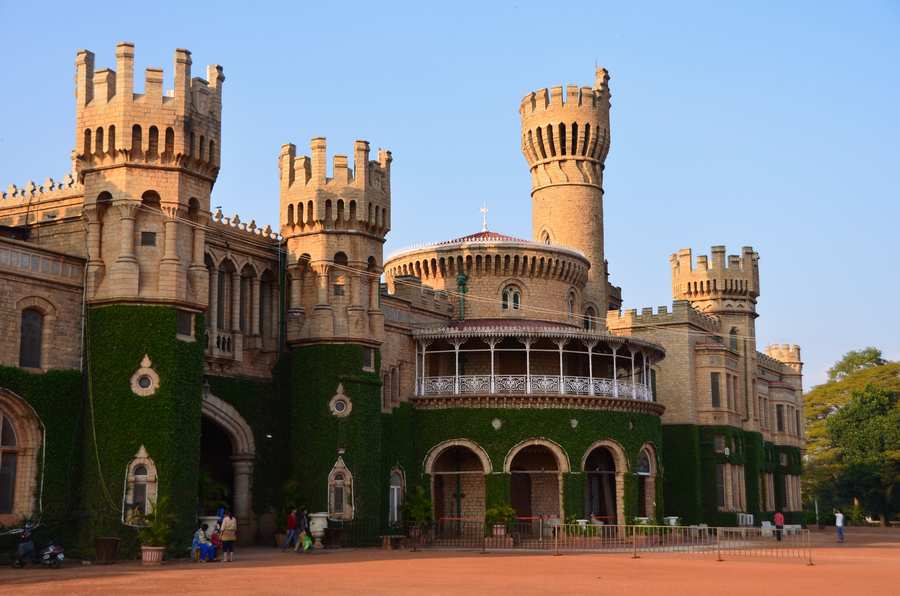 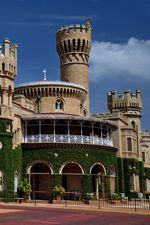