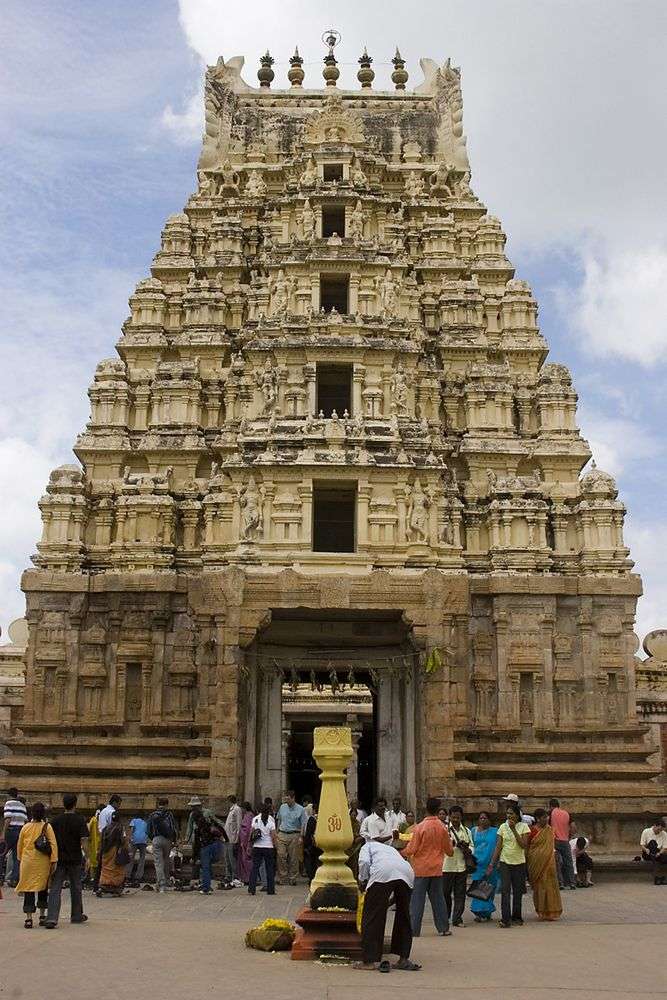 Sri Ranganathaswamy temple at Srirangapatna is one of the larger Dravidian temples in Karnataka. Customarily famous as the Gautama Kshetra, it is said that a Ganga feudatory by name Tirumalayya built this temple in 894 CE, and named this place as Srirangapura. 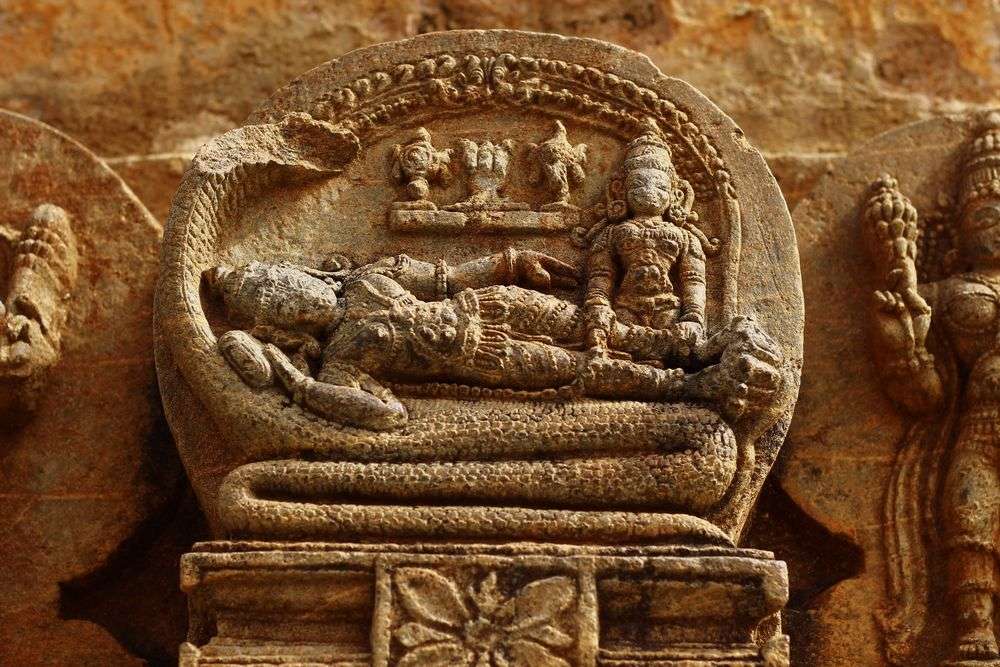 The garbhagriha has an immense image of Vishnu lounging on the huge coils of Adishesha with seven-hooded head. The God is shown as sustaining his head on his right hand while his left hand is stretched over his body. He wears a tall crown and other ornaments. Near his legs are images of Kaveri or Lakshmi and sage Gautama. This is one of the most beautiful reclining images of Vishnu. The sukhanasi has well designed ceilings with lotus in the center. The navaranga is a fine structure and contains round bell-shaped and eight-pointed star shaped pillars. On two sides of the navaranga doorway are two gigantic dwarapalas.

In front of the navaranga is a large pillared courtyard with an opening near the dhvajastambha. Most of the pillars in this courtyard are of Hoysala workmanship, of different designs such as square shaped, star shaped, cylinder shaped etc. It is believed that later some of the Hoysala pillars have been used here to restructure the pillared courtyard and perhaps the navaranga also. There are some minor shrines housing Manavalamuni and Srivaishnava Alwars. On the south-west is a shrine of Lakshmi as Ranganayaki, the consort of Ranganatha, a sculpture of the Vijayanagara period. Some of the pillars have 24 forms of Vishnu with labels. 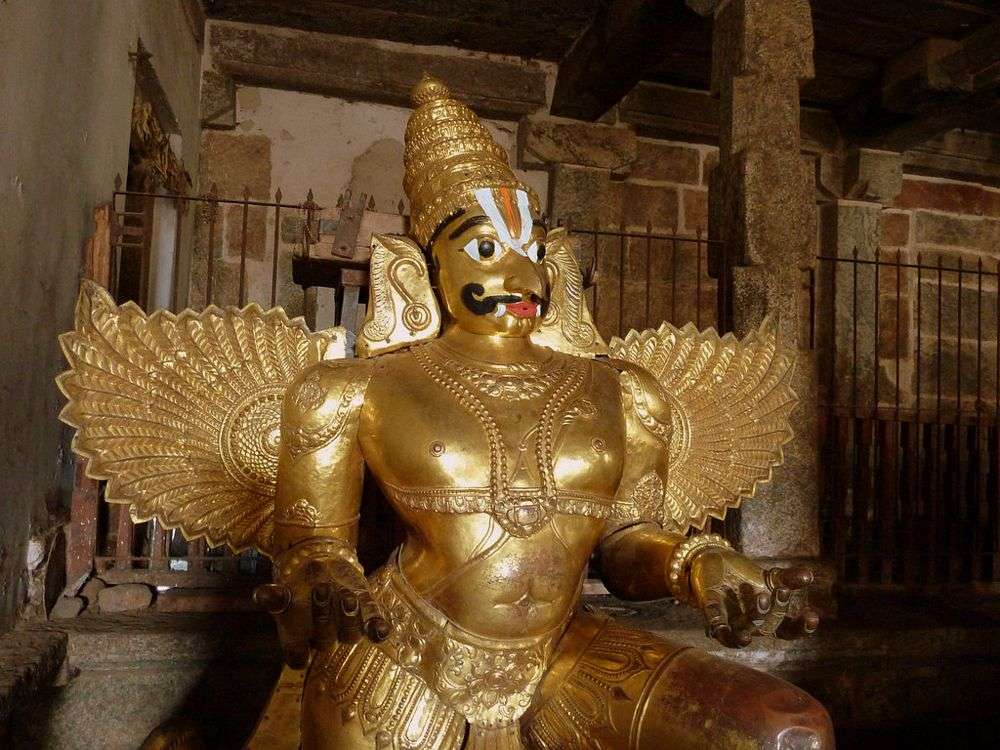 To the east is the pillared large mukhamandapa of late Vijayanagara period. All these are enclosed within the vast prakara wall, which has an striking mahadvara with a stucco gopura of five tiers with kalashas. Thus, the Ranganathaswamy temple is a temple multiplex built in various periods, and is famous all over Karnataka for the fine reclining Ranganathaswamy image.

The oldest inscription regarding the temple dates back to 894 AD. It is believed that Tirumalaya, a secondary king of the Ganga dynasty, built the shrine and named the town Srirangapura. Supplements to the temple were made during the successive centuries by Hoysala kings, Vijayanagara rulers and Wodeyars of Mysore.

Ranganathaswamy Temple is built in Dravidian style and faces east. A seventy foot tall gopura envelopes the gateway. The main murti worshipped in the temple is that of Sri Ranganathaswamy in a reclining posture on the coils of seven-hooded serpent Ananta. Goddess Lakshmi, who is known as Ranganayaki, sits near his feet. There are two huge dwarapalaka sculptures guarding the doorway to the assembly hall, which has neatly cut granite pillars typical of Hoysala architecture. There are abundant secondary shrines in the temple which houses murtis of Sri Rama, Krishna, Narasimha, Gopalakrishna, Sudarshana and Lord Vithoba. 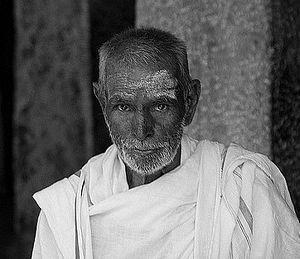 The temple attracts a large number of visitors all through the year. It is one of the five important pilgrimage sites along the river Kaveri for devotees of Ranganatha. These five sacred sites are together known as Pancharanga Kshetrams in Southern India. The other Pancharanga Kshetrams are the famous Sri Ranganathaswamy Temple (Srirangam), Parimala Perumal Temple, Sarangapani Temple, and Sri Appakkudathaan Perumal Temple.

The other attractions in Srirangapatna consist of the Gumbaz / Mausoleum of Tipu Sultan, Daria Daulat (The palace of Tipu Sultan,) Water Gate, Garrison Cemetery, Scott’s Bungalow, Lord Harris’s House, Tipu Sultan death memorial, and Sangama (the amalgamation of the three holy streams that create the island of Srirangapatna.) The Srirangapatna fort is a big monument. The total length is 5 km and renovation needs huge funds and large number of skilled workers. Restoration work on the fort has been pending for a long time, but has not been undertaken due to lack of money. Not only the fort, other major monuments from the period such as gun houses, the rocket launch site, and the remains of Tipu’s palace in Srirangapatna are in bad shape too. Prominently, the remains of Tipu’s palace in front of Sri Ranganathaswamy temple needs to be preserved and popularized among tourists. The sites have a huge tourism potential if preserved and presented well.