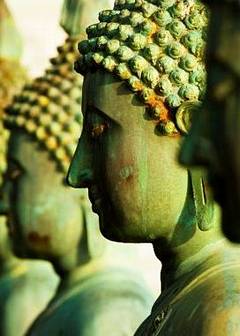 Unacknowledged emotions gradually manifested as pain, on an emotional and sometimes physical level. Turning towards them, and accepting them fully, helped to resolve them. What facilities does one get in Nirvana? Looking directly at our thoughts without further elaboration, we find that thought is like a cloud that dissolves into the sky. This source, or Buddha nature, is the ebullient manifestation of great liberation and great sapience.

Repeatedly, we would point out that what we were doing now was fun, and that to be in the present moment had its own value. If you can do this even for a split second, you will transcend the state of emptiness. This training of forbearing conscious endeavor must have exerted an impact on her poetic voice in which any kind of reaction to the happenings in the objective world is curbed, and in which vigorous personal feelings and poetic conceptions are restrained.

The Zen Master Hoshin lived in China many years. Then he returned to the northeastern part of Japan, where he taught his disciples. When he was getting very old, he told them a story he had heard in China. This is the story.

One year on the twenty-fifth of December, Tokufu, who was very old, said to his disciples: “I am not going to be alive next year so you fellows should treat me well this year.”

The pupils thought he was joking, but since he was a great-hearted teacher each of them in turn treated him to a feast on succeeding days of the departing year.

On the eve of the new year, Tokufu concluded: “You have been good to me. I shall leave tomorrow afternoon when the snow has stopped.”

The disciples laughed, thinking he was aging and talking nonsense since the night was clear and without snow. But at midnight snow began to fall, and the next day they did not find their teacher about. They went to the meditation hall. There he had passed on.

Hoshin, who related this story, told his disciples: “It is not necessary for a Zen master to predict his passing, but if he really wishes to do so, he can.”

“Can you?” someone asked.

“Yes,” answered Hoshin. “I will show you what I can do seven days from now.”

None of the disciples believed him, and most of them had even forgotten the conversation when Hoshin called them together.

“Seven days ago,” he remarked, “I said I was going to leave you. It is customary to write a farewell poem, but I am neither a poet or a calligrapher. Let one of you inscribe my last words.”

His followers thought he was joking, but one of them started to write.

“Are you ready?” Hoshin asked.

I came from brillancy
And return to brillancy.
What is this?

Hoshin, with the roar of a conquering lion, shouted “Kaa!” and was gone.

Buddhist Insight on Suffering and Growth

Beings are distracted, as if they were in a dream. That is the essence of suffering and growth—spiritually and emotionally. Therefore, with the beloved mind of enlightenment, even if you burn only one incense stick and offer the fragrance to the holy objects and so on, the merit you will gather will be gigantic. Therefore, it is useless to do harm, and certainly, it is proper to bear it. You will find that gradually and almost unnoticed, your attitude begins to change. The British Zen Buddhist author and psychotherapist David Brazier writes in The Feeling Buddha,

Every one of us has our story, and in that story there is suffering. Suffering is terrible, but a story without suffering is dull. The word ‘spirit’ has something to do with the way we encounter adversity. A spiritual life should be a spirited one. The planet on which we live is beautiful, a kind of paradise. Yet, in the midst of the most amazing blessings, grief falls like an unexpected hail storm on a summer day, or like a winter of unexpected severity. Nor is it just the moment of injury that hurts. The pain goes on. The mother who loses a child may mourn for he rest of her life. The losses and separations that we all encourage mark us and make us. Nobody is truly mature who has not suffered.