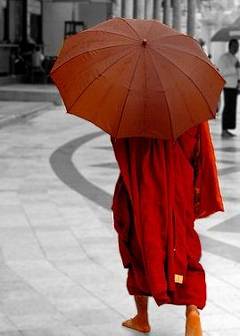 Your first impulse toward spirituality might put you into some particular spiritual scene; but if you work with that impulse, then the impulse gradually dies down and at some stage becomes tedious, monotonous. This is a useful message. Everything is absolute in the sense that there is no separation between you and others, between past and future. In reality, all realms lie within us. The one conveyance is the Buddha Way. She mentally conceived of an expeditious method: Afore she genuinely indicted anything down, she would first skim through the entire test to weed out the answers she did not understand. To be in bondage to your thoughts means to be influenced and carried away by various conditions in your surroundings.

Love can’t be exclusive. It is boundless, empty, open, and free. Spiritual friendship is too. One of them was rejoicing that his term was ending for the reason that the next day someone would be replacing him. Therefore, this interpretation does not hold here. At the tip of a fine strand of hair all the Buddha of the three times and the ten directions are turning the Dharma wheel. When you approach the practice with any expectations, you will not be able to sit well. Neither extreme is salutary.

The exquisite Shunkai whose other name was Suzu was compelled to marry against her wishes when she was quite young. Later, after this marriage had ended, she attended the university, where she studied philosophy.

At last in Kyoto she became a real student of Zen. Her brothers in the sub-temple of Kennin praised her sincerity. One of them proved to be a congenial spirit and assisted her in the mastery of Zen.

The abbot of Kennin, Mokurai, Silent Thunder, was severe. He kept the precepts himself and expected the priests to do so. In modern Japan whatever zeal these priests have lost for Buddhism they seemed to have gained for having wives. Mokurai used to take a broom and chase the women away when he found them in any of his temples, but the more wives he swept out, the more seemed to come back.

In this particular temple the wife of the head priest had become jealous of Shunkai’s earnestness and beauty. Hearing the students praise her serious Zen made this wife squirm and itch. Finally she spread a rumor about that Shunkai and the young man who was her friend. As a consequence he was expelled and Shunkai was removed from the temple.

“I may have made the mistake of love,” thought Shunkai, “but the priest’s wife shall not remain in the temple either if my friend is to be treated so unjustly.”

Shunkai the same night with a can of kerosene set fire to the five-hundred-year-old temple and burned it to the ground. In the morning she found herself in the hands of the police.

A young lawyer became interested in her and endeavoured to make her sentance lighter. “Do not help me.” she told him. “I might decide to do something else which will only imprison me again.”

At last a sentance of seven years was completed, and Shunkai was released from the prison, where the sixty-year-old warden also had become enamored of her.

But now everyone looked upon her as a “jailbird”. No one would associate with her. Even the Zen people, who are supposed to believe in enlightenment in this life and with this body, shunned her. Zen, Shunkai found, was one thing and the followers of Zen quite another. Her relatives would have nothing to do with her. She grew sick, poor, and weak.

She met a Shinshu priest who taught her the name of the Buddha of Love, and in this Shunkai found some solace and peace of mind. She passed away when she was still exquisitely beautiful and hardly thirty years old.

She wrote her own story in a futile endeavour to support herself and some of it she told to a women writer. So it reached the Japanese people. Those who rejected Shunkai, those who slandered and hated her, now read of her life with tears of remorse.

In Zen Buddhism, there’s something in us, in our nature, which compels us to discover. By that, the meditation will gain the advantage of freshness and grow in inner strength. The opposite of generosity is parsimony, holding back—having a poverty mentality. Mere appearance without assertion and denial does not produce attachment. Hence their inability to see the truth. The American Tibetan Buddhist nun Pema Chodron writes in Living Beautifully with Uncertainty and Change,

You build inner strength through embracing the totality of your experience, both the delightful parts and the difficult parts. Embracing the totality of your experience is one definition of having loving-kindness for yourself. Loving-kindness for yourself does not mean making sure you’re feeling good all the time – trying to set up your life so that you’re comfortable every moment. Rather, it means setting up your life so that you have time for meditation and self-reflection, for kindhearted, compassionate, self-honesty. In this way you become more attuned to seeing when you’re biting the hook, when you’re getting caught in the undertow of emotions, when you’re grasping and when you’re letting go. This is the way you become a true friend to yourself just as you are, with both your laziness and your bravery. There is no step more important than this.