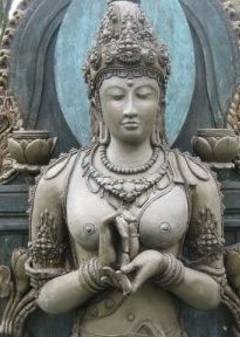 Zen’s influence over the culture has spread in part for the reason that Japan’s rulers commenced to patronize Zen hundreds of years ago. Zen was thus adopted by the highest classes, and through them, its principles commenced to shape a range of Japanese arts, divesting away the ostensibly frivolous and engendering meaning with impressively austere metaphors or flicks of the brush.

You have left behind the sense of small self and have entered the state of great self. The reality is that anyone truly involved in one of the practices will at least realize there isn’t any special state of mind. Sapience is a very consequential quality to possess. Sapience is very limpidly spelt out in the edifications of the Buddha, in the Noble Eightfold Path. Right understanding refers to our construal of fundamental truths about life and the world around us. We should endeavor to understand two laws; the Four Noble Truths and the law of cause and effect—karma. This is very rudimental and fundamental to Zen Buddhism.

The temporality of momentariness is thereby understood to reside in its very passing away, in its actual and ineradicable finitude. However, it can be experienced for the reason that if your practice reaches a certain depth.

Shoun became a teacher of Soto Zen. When he was still a student his father passed away, leaving him to care for his old mother.

Whenever Shoun went to a meditation hall he always took his mother with him. Since she accompanied him, when he visited monasteries he could not live with the monks. So he would built a little house and care for her there. He would copy sutras, Buddhist verses, and in this manner receive a few coins for food.

When Shoun bought fish for his mother, the people would scoff at him, fo a monk is not supposed to eat fish. But Shoun did not mind. His mother, however, was hurt to see others laugh at her son. Finally she told Shoun: “I think I will become a nun. I can be vegetarian too.” She did, and they studied together.

Shoun was fond of music and was a master of the harp, which his mother also played. On full-moon nights they used to play together. One night a young lady passed by their house and heard music. Deeply touched, she invited Shoun to visit her the next evening and play. He accepted the invitation. A few days later he met the young lady on the street and thanked her for her hospitality. Others laughed at him. He had visited the house of a woman of the streets.

One day Shoun left for a distant temple to deliver a lecture. A few months afterwards he returned home to find his mother dead. Friends had not known where to reach him, so the funeral was in progress.

Shoun walked up and hit the coffin with his staff. “Mother, your son has returned,” he said.

“I am glad to see you have returned, son,” he answered for his mother.

“Yes, I am glad too,” Shoun responded. Then he announced to the people about him: “The funeral ceremony is over. You may bury the body.”

When Shoun was old he knew his end was approaching. He asked his disciples to gather around him in the morning, telling them he was going to pass on at noon. Burning incense before the picture of his mother and his old teacher, he wrote a poem:

For fifty-six years I lived as best I could,
Making my way in this world.
Now the rain has ended, the clouds are clearing,
The blue sky has a full moon.

His disciples gathered around him, reciting sutra, and Shoun passed on during the invocation.

Buddhist Insight on The Value of Present Moment

The true elimination of suffering is only concerned with yourself in this present moment. Compassion produces happiness for those who suffer. This is because their nature is uncompounded by the present moment. To work with these forces, along with naming them and being aware of them, you really have to let yourself touch them with your heart. In Zen Buddhism, Remedy violations of every aspect of these and try to confess them. One further point must be addressed. This is the time for parents to practice compassionate joy and value the present moment. The British meditation teacher Christina Feldman and American vipassana teacher Jack Kornfield write in Stories of the Spirit, Stories of the Heart,

The present moment is the most profound and challenging teacher we will ever meet in our lives. It is a compassionate teacher, it extends to us no judgment, no censure, no measurement of success and failure. The present moment is a mirror, in its reflection we learn how to see. Learning how to look into this mirror without deluding ourselves is the source of all wisdom. In this mirror we see what contributes to the confusion and discord in our lives and what contributes to harmony and understanding. We see the relationship between pain and its cause on a moment-to-moment level, we see the bond between love and its source. We see what it is that connects us and what it is that alienates us.