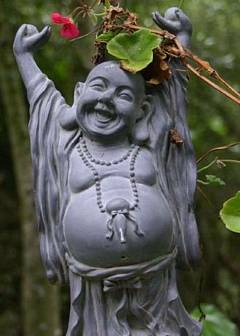 A mind of equanimity is a mind without distinctions; in other words, there is no rest and no activity. Some people think that Zen advertises moral indifference, that Zen practitioners in general are free to ignore ethical principles. Discombobulating is the raw material of sapience. The problem of being prey to someone else’s power is reinforced, of course, by one’s own infantile desire to be taken care of. There is nothing outside of your mind.

Progress is measured in terms of time, but when faith and mind are not separate, these distinctions are abolished. However, if nothing is real or lasting, what is the point of coming to retreat and practicing Zen? The point is that during the course of practice, you may come to realize that everything around you, as well as whatever you seek out of life, is illusory. Just as fish cannot live without water, compassion cannot develop without agelessness. For the practice of Zen, you must pass the barrier set up by the ancient masters of Zen.

To attain to marvelous enlightenment, you must completely extinguish all the delusive thoughts of the ordinary mind. We run into trouble only when we close down and couldn’t care less—when we’re too cynical or depressed or full of doubt even to bother.

Anyone walking about Chinatowns in America with observe statues of a stout fellow carrying a linen sack. Chinese merchants call him Happy Chinaman or Laughing Buddha.

This Hotei lived in the T’ang dynasty. He had no desire to call himself a Zen master or to gather many disciples about him. Instead he walked the streets with a big sack into which he would put gifts of candy, fruit, or doughnuts. These he would give to children who gathered around him in play. He established a kindergarten of the streets.

Once he was about his play-work another Zen master happened along and inquired: “What is the significance of Zen?”

Hotei immediately plopped his sack down on the ground in silent answer.

“Then,” asked the other, “what is the actualization of Zen?”

At once the Happy Chinaman swung the sack over his shoulder and continued on his way.

Buddhism does not support passivity in the face of violence and evil. Beings by karma are bound to the individual human dignity. That blankness is connected with mindfulness. All of these parts are the path and bring a certain joy, certain strength to our practice. You have to relate to your country, its politics, its culture. It came to life after several hundred years of philosophical development. The British Zen Buddhist author and psychotherapist David Brazier writes in The Feeling Buddha,

Enlightenment means to experience with complete clarity the fact of dukkha – the travail of being born, working, relating to others, growing up, growing old and so on – is part and parcel of human dignity; that all attempts to run away from it are undignified and that this applies just as much to spirituality, psychologically or socially sophisticated forms of escapism as it does to worldly or primitive ones. People are not made happy by an endless supply of pleasures. many rich people are miserable. People are happy when they live noble lives. Misery is not created by lack of pleasure, but by resentment, bitterness, and the degradation of character. Rich people do not generally accumulate their wealth in order to have pleasures. They accumulate wealth because they think this will make them respectable. In this way they hope to set their minds at rest. Of course, in reality quite the opposite often results. The means by which wealth is accumulated often involves action which leaves a stain of guilt that the person never manages to live down.