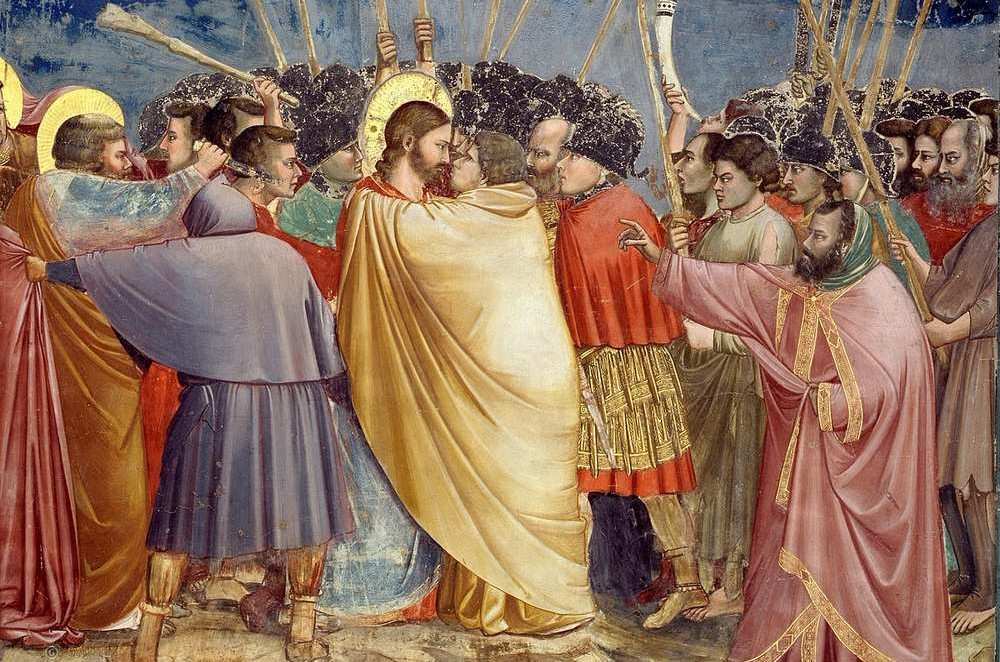 Holy Scripture tells us that Jesus knew that both Peter and Judas Iscariot would betray him. Yet Peter repented and, receiving forgiveness went on to lead the apostles in their ministry as head of the early Christian church. However, Judas, though he too later regretted his crime against his master, could not bring himself to seek mercy from the one he had betrayed. Instead, consumed by guilt and grief, he took his own life, thus condemning himself.

The gospels give no clue for his treachery, suggesting only that the betrayer had come to be possessed by evil. The tragic events unfolded in this way: At the time of the Passover feast, the crowds in the city streets of Jerusalem hailed Jesus as a prophet, causing the corrupt chief priests in the Temple to fear for their own position of power. They wanted to be rid of Jesus, but they needed a means that would not enrage the public. Judas Iscariot, for the small price of thirty pieces of silver, showed them the way.

On a clear moonlit night, Judas led armed troops to the private Garden of Gethsemane, where Jesus could be captured quietly. Judas arranged to identify Jesus with a signal, thus when he came upon his master, the traitor kissed him, saying, “Rabbi!” Immediately, the troops seized and arrested Jesus. Later Judas tried to give back the “blood money,” but the priests refused, turning their backs on him. According to tradition, Judas then rang the silver pieces down and Red. In the end, the betrayer hanged himself. 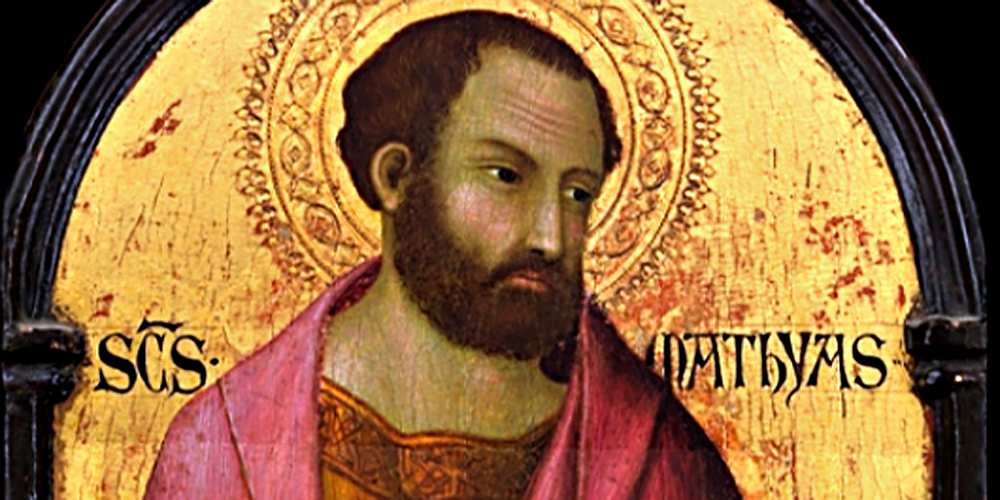 After Judas’ death, the holy apostles understood that the fellowship had to be made up to twelve again by appointing someone who had accompanied Jesus throughout his ministry. (Acts of the Apostles I: 15-26)

Two disciples out of the seventy who followed Jesus fit the requirement: Matthias and Barabbas/Justus. To decide between these good men, sacred lots were drawn for the first time by the apostles, and Matthias was chosen. Some believe that beyond the drawing of lots, a ray of light shone down from the heavens to rest upon Matthias’ head, thereby verifying that he was indeed the right choice. Judea was assigned to Matthias, and he preached there and in Armenia, performing many miracles, and went to his eternal rest in peace.