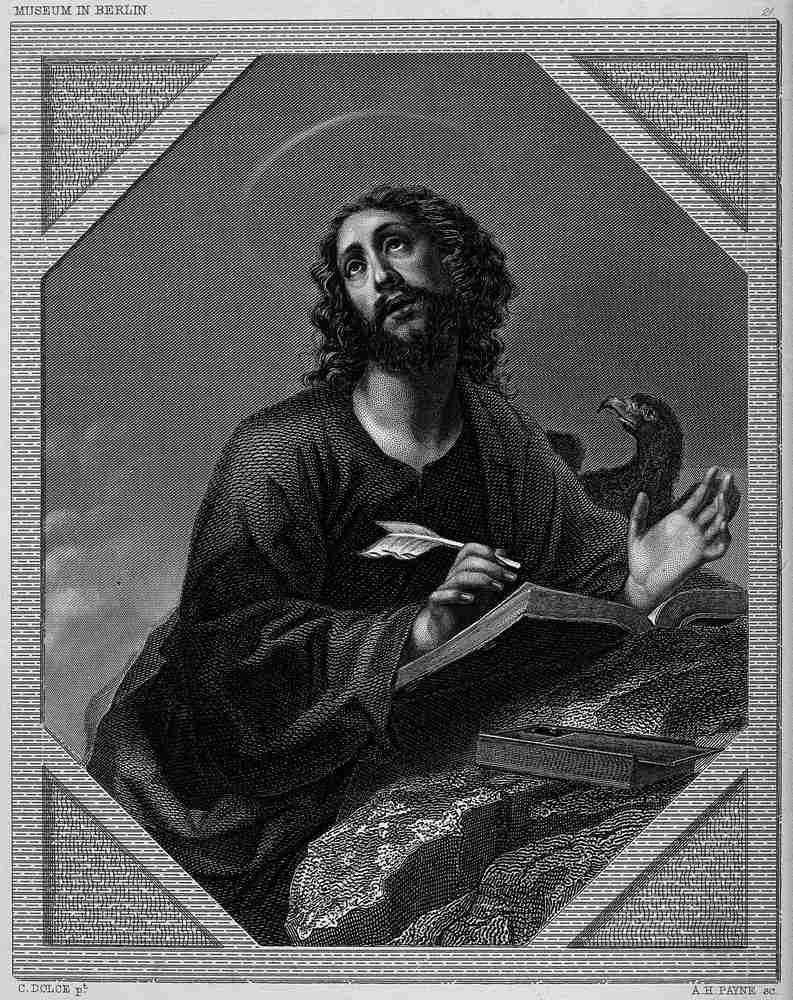 In the Fourth Gospel, John is never mentioned by name, but holy tradition recognizes him as the author and unidentified apostle in the text “the disciple whom Jesus loved.” (John I 9:26)

It is further believed that John, son of Zebedee and the younger brother of James the Elder, came from a prosperous family. Like Andrew, John may have been a devoted follower of John the Baptist before becoming Jesus’ disciple. (John I:34–40) With Peter, Andrew, and his older brother, John left his fishing nets when Jesus called them to follow him.

The holy apostle seems to have been one of Jesus’ beloved companions. During the Last Supper, John sat in the privileged seat at Jesus’ right. Later, he was present in court at Jesus’ trial; possibly John was permitted because his wealthy family was known to the chief priests.

This gentle, modest apostle rose to a position of great respect within the church. In due course, moving from Jerusalem to Ephesus in Asia Minor, he became pastor of the church in that large city, and held influence over other churches in the area. Since the fourth century, there has been a strong belief that John brought Jesus’ mother with him to Ephesus, where she stayed until her death. 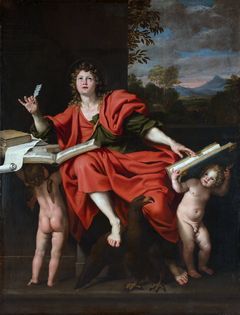 John was banished to the Greek island of Patmos during the persecution under the Emperor Domitian (81–96 CE), where, according to tradition, John is recognized the authorship of the Book of Revelations, and three Catholic epistles besides the Fourth Gospel. From these writings we learn that he lived a long life, and thus witnessed and achieved the rise of the early Christian era. The last of the twelve to join his master in heaven, folklores say John died peacefully in Ephesus at an advanced age in the year A.D. 100.