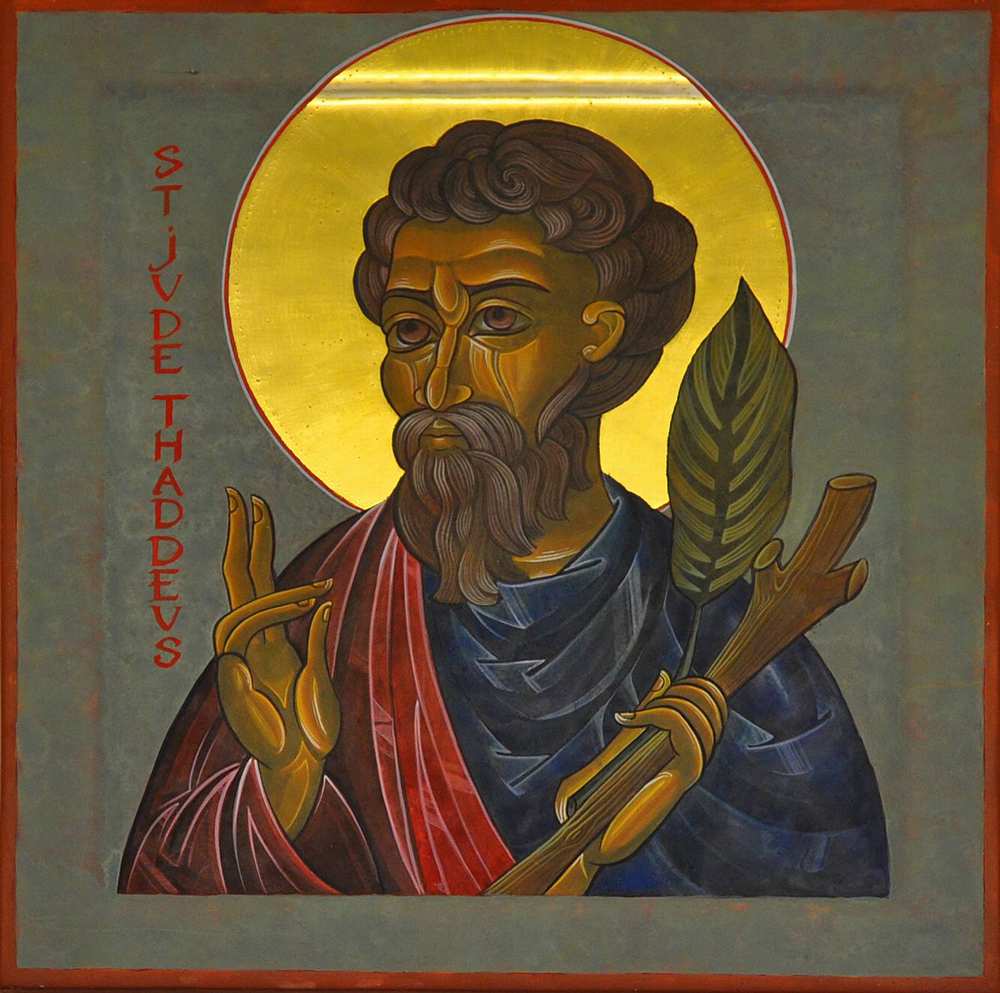 The Gospels mention Jude Thaddaeus in the list of the holy Twelve. Sometimes he is called “Lebbaeus;” however the Aramaic meaning of Thaddaeus and Lebbaeus is the same, “beloved” or “dear to the heart.”

The Fourth Gospel tells us that Thaddaeus asked Jesus, “How is it that you will reveal yourself to us and not to the world?” And Jesus answered, “If a man loves me and obeys my teachings, my father and I will love him and we will come to him and abide with him” (see John I 4:22–23.) Many scholars believe it was the last question Jesus answered before he began his prayer vigil in the Garden of Gethsemane prior to his arrest.

Thaddaeus’s esteemed reputation as a miracle-worker may be due to a legend concerning Abgar of Oseoene—the twenty-eight-year-old king of a small, prosperous domain located some 400 miles from Jerusalem. Shortly before Jesus’ arrest, the young king wrote to Jesus asking to be cured of a painful disease. Though Abgar never met Jesus, he accepted him as the Savior, and warned that in Jerusalem there were plots against Jesus’ life. Abgar offered his own kingdom as sanctuary, saying, “I have a very small yet noble city which is big enough for us both.”

He is titled Jude in the lists of Luke 6.16 and Acts 1.13. Certain scholars believe that Thaddeus is an alternative of the Greek name Theudas. According to a very early tradition in the Church the James referred to in “Jude of James” is JAMES, son of Alphaeus, and James and Jude are to be recognized with the BROTHERS OF JESUS (i.e., His relatives) mentioned in Mt 13.55 and Mk 6.3. Furthermore, since Jude was probably less known, to recognize him better his name was associated with that of his brother. This has persisted the principal view among Catholic commentators.

Although Jesus graciously declined the invitation, Abgar was promised that an apostle would be sent to cure him. After the Ascension, Thaddaeus was chosen to travel to Oseoene. He healed the king and many others as well. The legend ends with the grateful Abgar offering Thaddaeus a large sum of gold and silver. But Thaddaeus refused, saying, “If we have forsaken that which is our own, how shall we take that which is another’s?”

The traditional material about Jude Thaddeus’s later ministry and martyrdom is completely unreliable. Eusebius (Ecclesiastical History 2.40) relates various assumed areas of his preaching, while the Roman Breviary mentions only Mesopotamia and Persia. He is said to have died a martyr, and in art he is represented with a halberd, the means of his martyrdom. 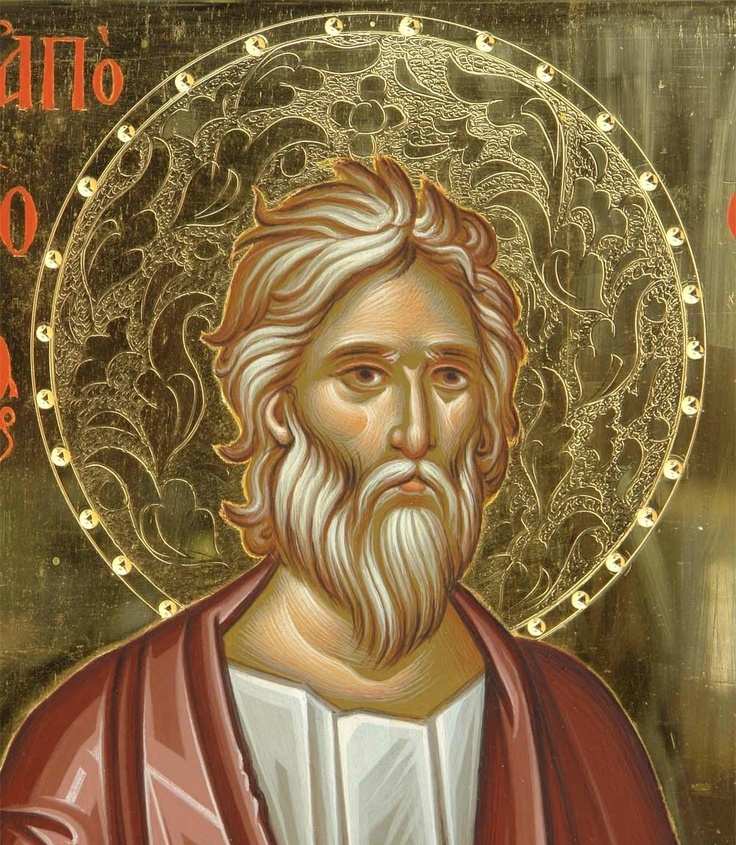 One thought on “Get to Know the 12 Disciples of Jesus Christ: Apostle #8: Jude Thaddeus”