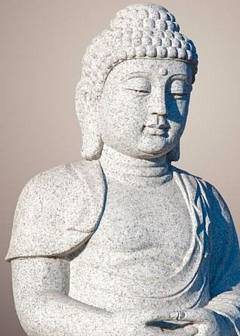 A Zen master may seem insouciant, but behind superficial appearances, there is a solid substratum. However, the important thing is that the Dharma is universal. In that moment we have let go of the pathways of stories and speculation about what is happening, and have turned our attention to what is actual and true in each moment.

The practice of renunciation is essentially a celebration of simplicity some people approach retreat as if they were a caterpillar hoping to transform himself or herself into a beautiful butterfly. If you were elected president of the United States, would that be a success? Later on, you would most likely be criticized as a failure. You will not even be reborn in the heavens, not to mention be liberated from birth and death. We have all disappointed ourselves through being impatient at some time. There are many times in our life when we have to do, to go, to act.

Patience is not always staying still, not hurrying, not rushing. Everything has to be ready on time, and patience is the discipline and training to be able to achieve that objective. If there is no object, then what about a subject? When you enter deeply into this method, even though you may not be enlightened, you will not have any sense of self.

Suiwo, the disciple of Hakuin, was a good teacher. During one summer seclusion period, a pupil came to him from a southern island of Japan.

Suiwo gave him the problem: “Hear the sound of one hand.”

The pupil remained three years but could not pass this test. One night he came in tears to Suiwo. “I must return south in shame and embarrassment,” he said, “for I cannot solve my problem.”

“Wait one week more and meditate constantly,” advised Suiwo. Still no enlightenment came to the pupil. “Try for another week,” said Suiwo. The pupil obeyed, but in vain.

“Still another week.” Yet this was of no avail. In despair the student begged to be released, but Suiwo requested another meditation of five days. They were without result. Then he said: “Meditate for three days longer, then if you fail to attain enlightenment, you had better kill yourself.”

On the second day the pupil was enlightened.

Buddhist Insight on Attention and Awareness

According to Buddhist culture, duty supersedes rights through attention and awareness. To be mindful first means simply to come into the present—to pay attention with our senses, with our heart, with our physical body, with our ears, with our eyes, awareness, to what is essentially here in the present; the body, the heart and the mind. Try to be mindful and let things take their natural course. The American Zen teacher Charlotte Joko Beck writes in Nothing Special: Living Zen,

For “attention” we could substitute the word “awareness.” Attention or awareness is the secret of life and the heart of practice.. Every moment in life is absolute in itself. That’s all there is. There is nothing other than this present moment; there is no past, there is no future; there is nothing but this. So when we don’t pat attention to each little this, we miss the whole thing. And the content of this can be anything. This can be straightening out our sitting mats, chopping an onion, visiting one we don’t want to visit. It doesn’t matter what the contents of the moment are; each moment is absolute. That’s all there is, and all there ever will be. If we could totally pay attention, we would never be upset. If we’re upset, it’s axiomatic that we’re not paying attention. If we miss not just one moment, but one moment after another, we’re in trouble.