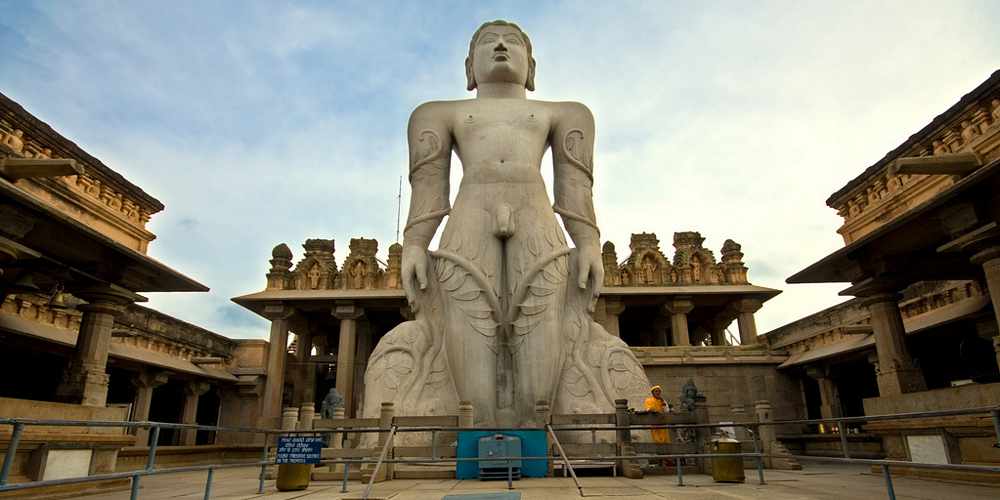 The statue of Gommateshvara at Shravanabelagola, the tallest free standing stone sculpture in the world has given a unique and international cultural status to Karnataka.

Shravanabelagola is the most sacred religious centre of the Jains. It has a hoary antiquity dating back to the third century B.C., when Bhadrabahu along with the Maurya king Chandragupta came and settled down here. From then on many Karnataka dynasties like the Gangas of Talakad, the Chalukyas, the Hoysalas, the rulers of Vijayanagara and others patronised this Jaina sacred place.

However, it was during the period of Ganga king Rachamalla IV (973–999 A.D.), the place became famous because his minister Chamundaraya consecrated this image of Gommateshvara on the summit of the hill commanding a picturesque view of the whole area. A large number of Jaina temples were built here at different periods by various dynasties which have made this center an open air museum of Jaina art.

The real attraction of Shravanabelagola is the colossal image of Bahubali also known as Gommateshvara. Its height is 57 feet and is the tallest stone sculpture in the world. The image is nude and stands facing north; in an erect yogic posture. The serene expression of the face is remarkable. The hair is curly and the ears are long, the shoulders being broad and the arms hang down straight with the thumbs turned outwards. The lower portion adds majesty and grandeur. The entire image stands on a pedestal which is in the form of a lotus. The foot measures nine feet in length; the toes are 2 feet 9 inches; the middle finger is 5 feet 3 inches; the forefinger is 3 feet 6 inches; third finger is 4 feet 7 inches; the fourth finger is 2 feet 3 inches. 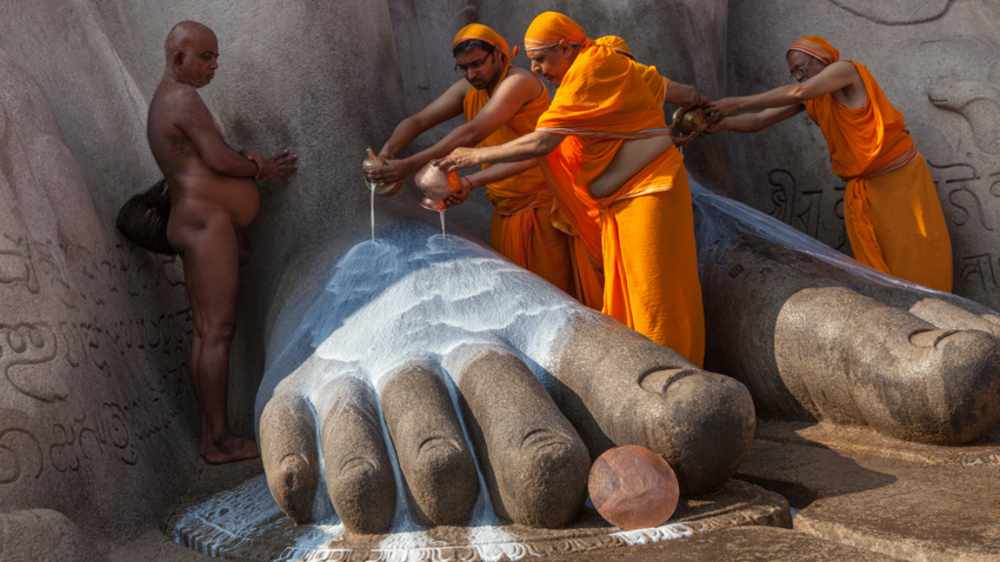 The face of Gommateshvara is most artistic and is a commentary on the success of the skill of the sculptor who carved it. The eyes are half open and the eye balls appear as if real. This also symbolizes the pensive mood of the saint. The total effect is one of majesty, grace and dignity, and expresses his compassion towards the fellow beings and hence is considered as the best in this type. Gommateshvara has been watching the human beings and their sufferings for the past one thousand years and people are looking at him for guidance for an ethical and religious life. Thus he is inspiring people to follow the path of Dharma. Once in twelve years a special ritual called Mahamastakabhisheka takes place when lakhs of people assemble here to be blessed by the compassionate Gommateshvara.