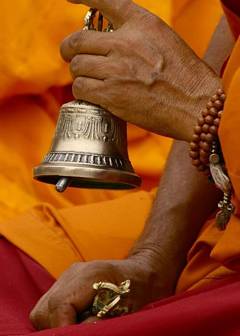 In the Zen Buddhist teaching, it’s clear that to love one is the foundation of the love of other people. Love is a practice. Love is truly a practice. However, it is precisely the greed of someone who wants the Buddha to save him that prevents him from being reborn in the Pure Land.

No matter how disturbing your surroundings or your inner mind, you should take clear note of it and avoid feeling any aversion. To fulfill your original intentions, you must constantly keep your mind on the method of practice. In that case, should you discard the method? The problem with discarding the method is that, while you may seem to have no thoughts, you may still fall into a foggy state. This engenders more ripples. Neither is there any Dharma Realm.

At that time, even though you are practicing very well, you would not think of yourself as practicing. Throughout the discussion, it becomes apparent that each account contains the building blocks out of which the other could be constructed. It cannot be judged by worldly standards. In addition, we do this for the reason that we realize that we struggle all the time and we are not in harmony with the flow of things, which the first noble truth of Zen Buddhism is, that there is suffering in the world.

A lord asked Takuan, a Zen Teacher, to suggest how he might pass the time. He felt his days very long attending his office and sitting stiffly to receive the homage of others.

Takuan wrote eight Chinese characters and gave them to the man:

This day will not come again.
Each minute is worth a priceless gem.

Buddhist Insight on Value Is In Quality Not Quantity

Like a debate in court, one perception is based on reason and truth, while the other one is not. In Zen Buddhism, we spend so much time talking about third people, most of which is useless. This is admirable meditation on true reality of quality and not quantity. This is where value lies. Nothing is as wholesome as concentrating on this mind. There is actual compassion, direct compassion, and absolute compassion. The British philosopher and populariser of Eastern philosophy for a Western audience Alan Watts wrote in Become What You Are,

While modern astronomy tells us of our insignificance beneath the stars, it also tells us that if we lift so much as a finger, we affect them. It is true that we are transient, that we have no abiding self, but the fabric of life is such that one broken thread may work immeasurable ruin. The magnitude of the world with whose destiny we are bound up increases rather than diminishes our importance.

Nature may seem to have little regard for individuals; it may let them die in millions as if it mattered nothing. But value is in quality, not quantity. A pea may be as round as the world, but as far as roundness is concerned, neither is better than the other. And man is in himself a little universe; the ordering of his mind and body is as complex as the ordering of the stars. can we say, then, that the governing of a man’s universe is less important because it is different in size?