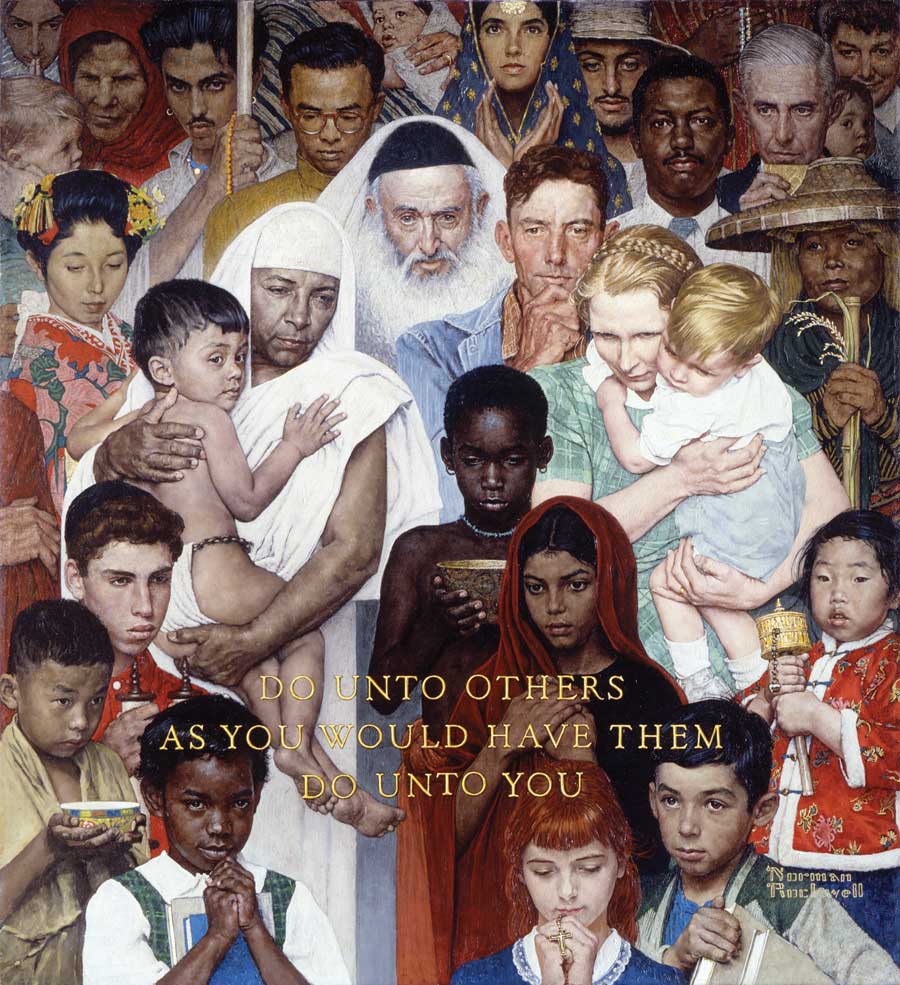 The Golden Rule describes a guide to a fundamental behavior and is taught in most major religious and moral traditions.

The Golden Rule’s all-inclusive simplicity has invited innumerable belittling counter-examples. For example, should masochists impose their favorite annoyances on unsuspicious acquaintances? Nonetheless, such counter-examples and critiques the point of the Golden Rule. The Golden Rule was never proposed as a guide to practical choice unaided of all other principles of moral conduct and behavior. In fact, the Golden Rule alludes to nothing about particular moral and ethical considerations, nor does it validate specific moral principles, qualities, and ideals.

To be more precise, the Golden Rule has to do with a perspective philosophy that is indispensable to the exercise of even the most rudimentary morality: one of seeking to situate oneself in the position of those affected by one’s actions, in an attempt to counteract the natural tendency to ignore moral considerations and ethical short-sightedness.

The Golden Rule directs one to treat others with the compassionate considerations that one wishes to contend with (in the positive form,) and, in particular, not to perpetrate misfortunes on others that one would abhor to have inflicted on oneself.

The Golden Rule has long been thought fundamental. Therefore many moral philosophers have compared it to their own principles concerning moral choice and conduct.