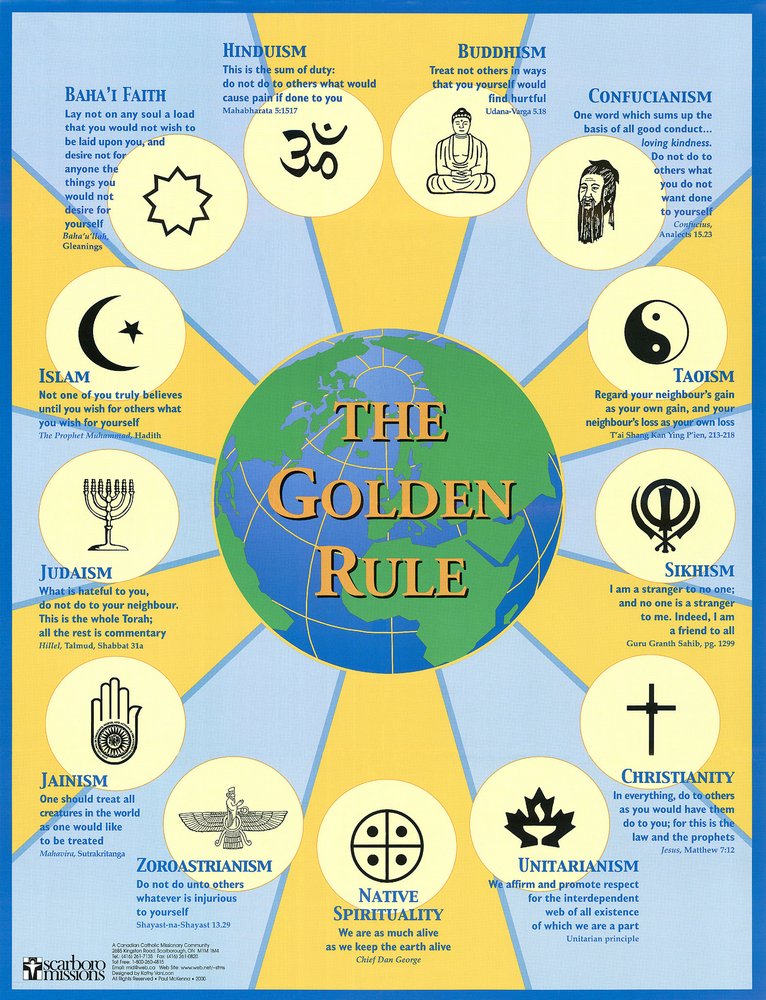 The Golden Rule or the ethic of reciprocity is the definitive, all-encompassing principle for ethical behavior. In essence, this maxim states, “One should treat others as one would like others to treat oneself” in the positive form and “One should not treat others in ways that one would not like to be treated” in the negative form, the latter called the Silver Rule. The utility of the Golden Rule is primarily in developing a framework of personal ethics, in forming a psychological outlook toward others, and not necessarily in directing behavior.

We find the Golden Rule in all the great cultures and the great religions of the world: