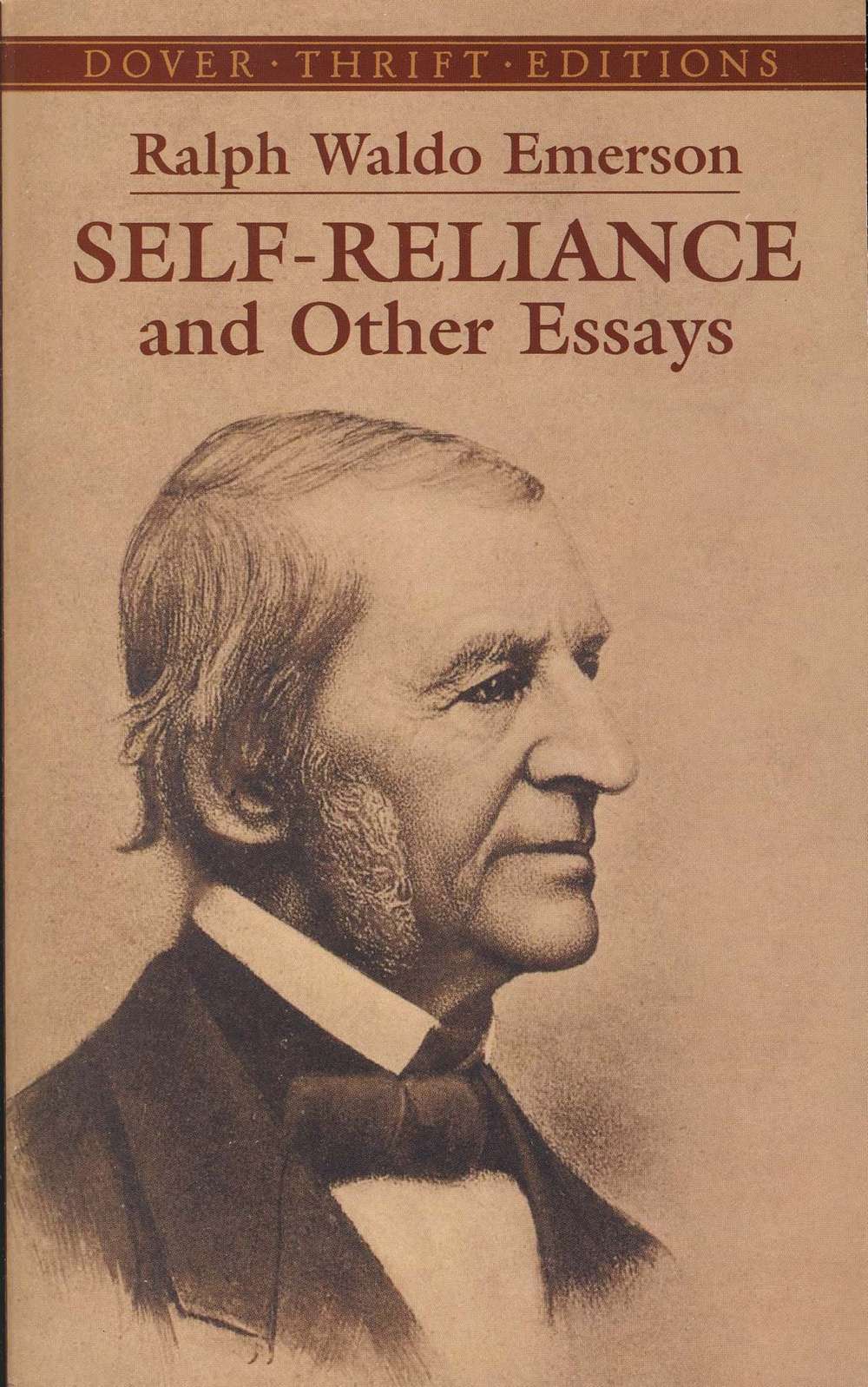 Ralph Waldo Emerson (1803—1882) was an American essayist and poet. Born in Boston, Massachusetts, Emerson was the fourth child of a Unitarian minister. Throughout his writings, Emerson is keenly concerned with the growth of the individual—the development of the individual’s powers, potentials, and capacities—an emphasis demonstrating that his thought is thoroughly centered on educational concerns.

Emerson was one of his era’s leading liberals. His prime meaning in any case is self-reliance intellectually and in everyday life. He urges us to trust ourselves, to recognize human divinity and avoid imitation. It is a simple message but all-important – and far easier said than done.

Ralph Waldo Emerson’s Self-Reliance may be a short essay, but it is packed with advice which is probably more relevant today than it has ever been. At only 30 pages, Self-Reliance has the qualities of a concentrate, perhaps the very essence of personal development. Self-Reliance was one of the key pieces of writing which helped carve the ethic of American individualism, and forms part of the intellectual bedrock of today’s self-help writers. Relish what really matters in your life; the simple things like your friends and family, your hobbies and perhaps your work. Enjoy the freedoms you have and recognise the value of living a normal life outside of the public eye.

Ralph Waldo Emerson’s Self-reliance is one of the major writing that helped carve the ethnic American individualism and form the intellectual basis of today’s writers. The thought of self-reliance inspires people not to conform to social conventions but to rely on themselves. When you are working on your next task, give it your full concentration and really put the effort in to produce the best possible end result. Even if it doesn’t lead to glittering success, you should be proud of yourself for doing your very best.

Emerson’s essay begins by reconstructing volving theory of recognition and the central role it played for his concept of ‘self-reliance.’ Initially having adopted the theorizations of recognition developed by Scottish Enlightenment thinkers, Emerson came to articulate the idea of self-reliance by way of developing an alternative approach to recognition, in which the source allocating recognition is neither society nor an inborn moral sense, but rather the transcendentally conceptualized self. Emerson’s shift towards self-recognition poses questions seldom asked in the contemporary debate on recognition.

“… Live no longer to the expectation of these deceived and deceiving people with whom we converse. Say to them, O father, O mother, O wife, O brother, O friend, I have lived with you after appearances hitherto. Henceforward I am the truth’s. Be it known unto you that henceforward I obey no law less than the eternal law. I will have no covenants but proximities. I shall endeavour to nourish my parents, to support my family, to be chaste husband of one wife,—but these relations I must fill after a new and unprecedented way. I appeal from your customs.

I must be myself.

I cannot break myself any longer for you, or you. If you can love me for what I am, we shall be happier. If you cannot, I will still seek to deserve that you should. I will not hide my tastes or aversions. I will so trust that what is deep is holy, that I will do strongly before the sun and moon whatever inly rejoices me, and the heart appoints. If you are noble, I will love you; if you are not, I will not hurt you and myself by hypocritical attentions. If you are true, but not in the same truth with me, cleave to your companions; I will seek my own. I do this not selfishly, but humbly and truly. It is alike your interest, and mine, and all men’s, however long we have dwelt in lies, to live in truth. Does this sound harsh to-day? You will soon love what is dictated by your nature as well as mine, and, if we follow the truth, it will bring us out safe at last.”

Full essay is here. Emerson wrote Self-Reliance in 1841—well over 160 years ago—and I believe it provides both a delightful antidote for the times in which we live and also holds up an ideal with which to guide us. Self-reliance—the ability to stand on our own two feet and live a life which is our own and not borrowed from someone else, or one which is meaningful and not superficial—is indispensable in instituting our own exclusive identity. So if, like me, you think self-reliance is important, read on.

“A man,” Emerson writes, “should learn to detect and watch that gleam of light which flashes across his mind from within, more than the luster of the firmament of bards and sages.” There is a certain ambiguity in this statement concerning the question of whether social approbation is categorically distinct from the “grace with the loftier deities” or linked to it by inversion. One also notices Emerson’s rhetorically combining Roman polytheism with Protestant grace, the distinction between lesser and loftier deities amounting to a kind of Protestant doctrine of two kingdoms in which two different economies of recognition are at work. Find somewhere you can think and reflect. It might be the public library or the bottom of your garden. It doesn’t matter where, as long as you spend some time thinking and don’t forget to take a notebook to jot down your thoughts. Everything we do depends for its quality on the thinking we do first.

The great philosopher of affirmation is concurrently the great teacher of dissatisfaction, even disappointment. In each of us, the energies of hope should make room for the emotion of philosophical acceptance of the world, as it must be. If you want to feel at peace go for a walk in the countryside and learn to appreciate your surroundings. Better still, do some sport as this releases serotonin which is so critical to the feeling of well-being. You don’t need to spend lots of money on a new car to make yourself feel happy; just go for a run.

Having established these fundamental dimensions of Emerson’s theory of inspiration, it is crucial to see that Emerson’s praxis of eloquence was geared at putting inspiration into effect. This he attempted to achieve by activating the reader’s imagination.