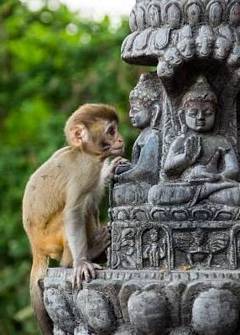 In our most tenebrous times of being disoriented or inundated, there is additionally sapience in reaching out to ask for avail. The mentors, sagacious friends, and guides who treasure our celebrity, are allies to call upon in the moments of greatest pain. However, if you go one step further into no mind, you cannot even be in the present. There is a saying that is useful for practitioners: “Put down the myriad thoughts.” Even if you convince yourself intellectually that everything is illusory, you may still have a lurking concept of the reality of things and be attached to them.

The feeling of resistance to the pain, the feeling of utter helplessness, and the feeling of hopelessness disappear. To respond appropriately to any given situation, an individual must have some understanding of that situation. A practitioner should not consider his own security. However, the effort to still your mind will cause it to become more active. There might be more placidity. Originally, you had to work very hard on your method, but when you get to the second level, everything flows naturally.

This does not mean that you do nothing, but that your mind is in a state of rest. Their minds are filled with thoughts of misery and a sense of failure.

Provided he makes and wins an argument about Buddhism with those who live there, any wondering monk can remain in a Zen temple. If he is defeated, he has to move on.

In a temple in the northern part of Japan two brother monks were dwelling together. The elder one was learned, but the younger one was stupid and had but one eye.

A wandering monk came and asked for lodging, properly challenging them to a debate about the sublime teachings. The elder brother, tired that day from much studying, told the younger one to take his place. “Go and request the dialogue in silence,” he cautioned.

So the young monk and the stranger went to the shrine and sat down.

Shortly afterwards the traveler rose and went in to the elder brother and said: “Your young brother is a wonderful fellow. He defeated me.”

“Relate the dialogue to me,” said the elder one.

“Well,” explained the traveler, “first I held up one finger, representing Buddha, the enlightened one. So he held up two fingers, signifying Buddha and his teaching. I held up three fingers, representing Buddha, his teaching, and his followers, living the harmonious life. Then he shook his clenched fist in my face, indicating that all three come from one realization. Thus he won and so I have no right to remain here.” With this, the traveler left.

“Where is that fellow?” asked the younger one, running in to his elder brother.

“I understand you won the debate.”

“Won nothing. I’m going to beat him up.”

“Tell me the subject of the debate,” asked the elder one.

“Why, the minute he saw me he held up one finger, insulting me by insinuating that I have only one eye. Since he was a stranger I thought I would be polite to him, so I held up two fingers, congratulating him that he has two eyes. Then the impolite wretch held up three fingers, suggesting that between us we only have three eyes. So I got mad and started to punch him, but he ran out and that ended it!”

Buddhist Insight on Seeing With The Eyes of Love

In Zen Buddhism, it is quite likely that the mental faculty is most active at every crucial hour. If there’s confusion and doubt, to read something or to speak with someone—it just reminds you of another part of yourself that’s a counter to that, so then you come into enough stability to watch it. By the damp womb, it is fettered, in unbearable fearful stench. Practically anything useful can be given as a gift when seen with the eyes of love. The Vietnamese Buddhist monk Thich Nhat Hanh writes in Teachings On Love,

When the energy of love is strong in us, we can send it to beings in all directions. But we must not think that love meditation is only an act of imagination – we might imagine our love as being like waves of sound or light, or like a pure, white cloud that forms slowly and gradually spreads out to envelop the whole world. A true cloud produces rain. Sound and light penetrate everywhere, and our love must do the same. We have to observe whether our mind of love is present in our actual contact with others. Practicing love meditation in the sitting position is only the beginning.

But it is an important beginning. We sit quietly and look deeply into ourselves. With practice, our love will increase naturally, becoming all-inclusive and all-embracing. As we learn to see with the eyes of love, we empty our minds of anger and hatred.