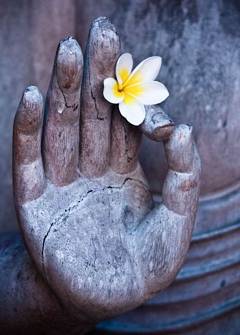 Zen Buddhism stresses intimacy, while in Theravada and Tibetan forms of Zen Buddhism you will find “mindfulness” and “compassion” to be the salient terms. Yet the ultimately mindful is personally most intimate some of us close space by hammering our point through; others do it by trying to smooth the waters. Recedes are like road repair. We should carry our patience around as if the hermit crab carries its shell.

Our patience will also protect us and help us survive! Please understand that the hermit crab does not live like a parasite, it lives like an orchid. Some Westerners question whether Zen Buddhism is a religion at all. It is identically tantamount with the mind. Probably Zen Buddhism, although the evidence is circumstantial. There is a suggestion that the most likely arrival of the first Buddhists in this continent may have been with the armada of Cheng Ho in the 15th century.

Gisho was ordained as a nun when she was just ten years old. She received training just as the little boys did. When she reached the age of sixteen she traveled from one Zen master to another, studying with them all.

She remained three years with Unzan, six years with Gukei, but was unable to obtain a clear vision. At last she went to the master Inzan.

Inzan showed her no distinction at all on account of her sex. He scolded her like a thunderstorm. He cuffed he to awaken her inner nature.

Gisho remained with Inzan thirteen years, and then she found that which she was seeking!

In her honor, Inzan wrote a poem:

This nun studied thirteen years under my guidance.
In the evening she considered the deepest koans,
In the morning she was wrapped in other koans.
The Chinese nun Tetsuma surpassed all before her,
And since Mujaku none has been so genuine as this Gisho!
Yet there are many more gates for her to pass through.
She should receive still more blows from my iron fist.

After Gisho was enlightened she went to the province of Banshu, started her own Zen temple, and taught two hundred other nuns until she passed away one year in the month of August.

Buddhist Insight on A Healing Presence

We each create our own misery and unhappiness, and even regulate the degree to which we suffer by the prospects we set up, and by the strength and inflexibility with which we hold those expectations. The healing presence is a step in renunciation. Don’t worry about this, try to keep your mind in the present. If everything seems to become indifferent, arouse kindness and meditate on that. The American clinical psychologist John Welwood, who frequently writes about the integration of psychological and spiritual concepts, writes in Ordinary Magic, Everyday Life as Spiritual Path,

In opening to our experience, without holding onto any story about it, we create a compassionate space that allows new parts of ourselves to unfold, and old parts that were cut off to enter the stream of awareness and be included. We can only be healthy and whole when our awareness circulates freely through all aspects of our being. Unconditional presence promotes this kind of circulation, which is the essence of health.

When children are in pain, what they want is this kind of presence, rather than band-aids or consolations. They want to know we are with them in what they are experiencing. That’s what our wounded places most need from us as well – just to be there with them. They don’t need us to say, “Things are getting better every day.” The full presence of our being is healing in and of itself.