In 1991, Wall Street investment bank Salomon Brothers was embroiled in a bond-rigging scandal. U.S. Treasury Deputy Assistant Secretary Mike Basham ascertained that, between December 1990 and May 1991, Salomon Brothers’ trader Paul Mozer had dishonestly been submitting false bids to purchase more Treasury bonds than a limit imposed per buyer. Salomon was fined $290 million for this breach of rules.

Warren Buffett was the largest investor in Salomon Brothers during the days of this Salomon scandal. Warren Buffett took the helm as chairman and chief executive of the embattled company for an annual salary of $1.

Here is Warren Buffett’s opening statement before the Subcommittee on Telecommunications and Finance of the Energy and Commerce Committee of the U.S. House of Representatives:

Mr. Chairman, I thank you for the opportunity to appear before this subcommittee. I would like to start by apologizing for the acts that have brought us here. The nation has a right to expect its rules and laws to be obeyed. And at Salomon, certain of these were broken. Almost all of Salomon’s 8,000 employees regret this as deeply as I do. And I apologize on their behalf as well as mine.

My job is to deal with both the past and the future. The past actions of Salomon are presently causing our 8,000 employees and their families to bear a stain. Virtually all of these employees are hardworking, able and honest. I want to find out exactly what happened in the past so that this stain is borne by the guilty few and removed from the innocent. To help do this, I promise to you, Mr. Chairman, and to the American people, Salomon’s wholehearted cooperation with all authorities. These authorities have the power of subpoena, the ability to immunize witnesses, and the power to prosecute for perjury. Our internal investigation has not had these tools. We welcome their use.

As to the future, the submission to this subcommittee details actions that I believe will make Salomon the leader within the financial services industry in controls and compliance procedures. But in the end, the spirit about compliance is as important or more so than words about compliance. I want the right words and I want the full range of internal controls. But I also have asked every Salomon employee to be his or her own compliance officer. After they first obey all rules, I then want employees to ask themselves whether they are willing to have any contemplated act appear the next day on the front page of their local paper, to be read by their spouses, children, and friends, with the reporting done by an informed and critical reporter. If they follow this test, they need not fear my other message to them: Lose money for the firm, and I will be understanding; lose a shred of reputation for the firm, and I will be ruthless. 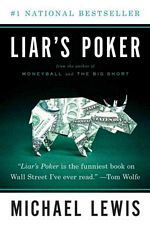 Recommended Reading: Liar’s Poker by Michael Lewis, an autobiographical account of Michael Lewis’s own experience as a bond salesman at Salomon Brothers where the Liar’s Poker is a figure of speech for the Salomon culture of intense risk-taking with immediate payoffs.