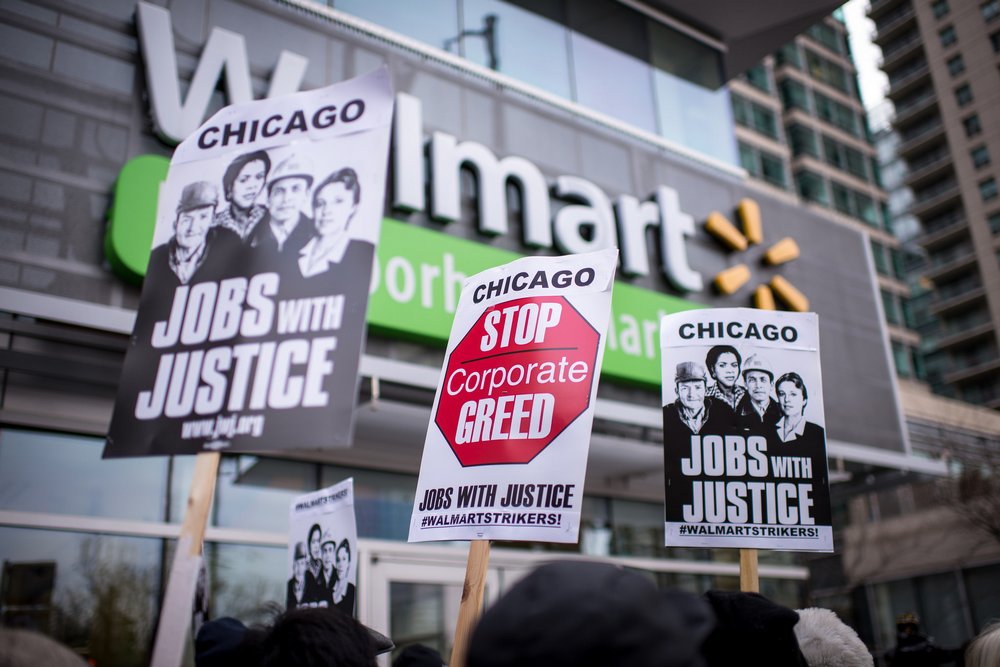 Walmart has always been criticized for its policies against labor unions. Supporters of unionization efforts blame workers’ reluctance to join the labor union on Walmart’s anti-union tactics such as managerial surveillance and pre-emptive closures of stores or departments that choose to unionize. Leaked internal documents show that Walmart’s strategy for fighting to keep its workers from forming unions includes instructing managers to report suspicious activity and warning workers that joining unionizing efforts could hurt them.

Walmart’s management has contended that it’s employees do not need to pay third parties to discuss problems with management as the company’s open-door policy enables employees to lodge complaints and submit suggestions all the way up the corporate ladder. Sam Walton, founder of Walmart wrote in his autobiography: I have always believed strongly that we don’t need unions at Wal-Mart. Theoretically, I understand the argument that unions try to make, that the associates need someone to represent them and so on. But historically, as unions have developed in this country, they have mostly just been divisive. They have put management on one side of the fence, employees on the other, and themselves in the middle as almost a separate business, one that depends on division between the other two camps. And divisiveness, by breaking down direct communication makes it harder to take care of customers, to be competitive, and to gain market share. The partnership we have at Wal-Mart—which includes profit sharing, incentive bonuses, discount stock purchase plans, and a genuine effort to involve the associates in the business so we can all pull together—works better for both sides than any situation I know of involving unions. I’m not saying we pay better than anybody, though we’re certainly competitive in our industry and in the regions where we’re operating; we have to be if we want to attract and keep good people. But over the long haul, our associates build value for themselves—financially and otherwise—by believing in the company and keeping it headed in the right direction. Together, we have ridden this thing pretty darned far.