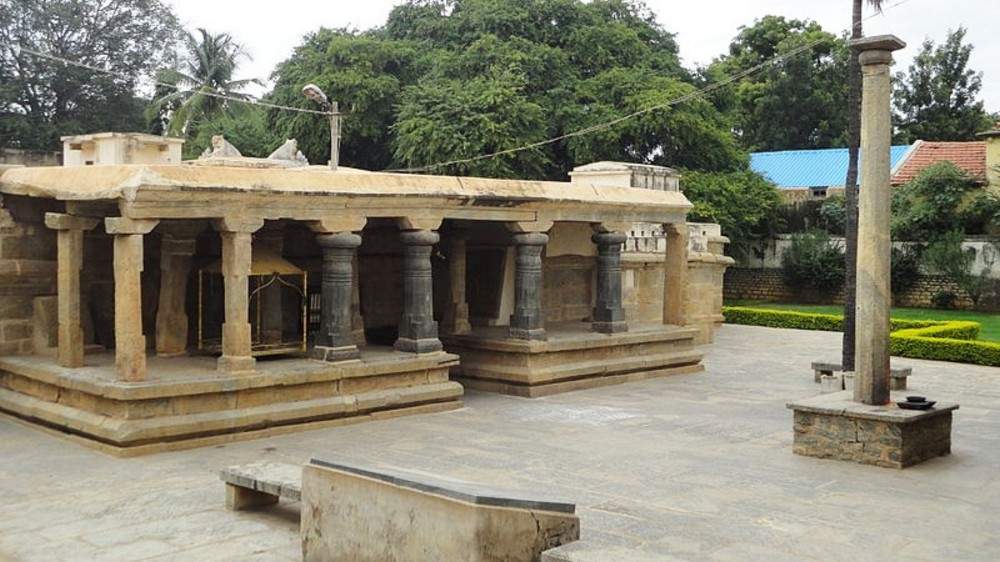 The Kolaramma temple in the town of Kolar is not only popular but also one of the big temples of that district.

Kolar is an ancient town known by various names such as Kolahalapura, Kuvalala, Kolala and finally Kolara. This name Kolahalapura is connected with puranic hero Parashurama. According to another tradition a cowherd boy by name Kola got a large amount of money by means of a treasure trove and goddess Renukadevi advised him to build a temple in the name of Kolaramma and he devotedly obeyed the goddess and built this temple. Apart from these traditions, this was the original capital of the Gangas before they moved to Talakad. Later it became a part of the Chola kingdom and after the defeat of the Cholas by the Hoysalas, it came under the Hoysala rulers. Finally, it became a part of the Vijayanagara empire. 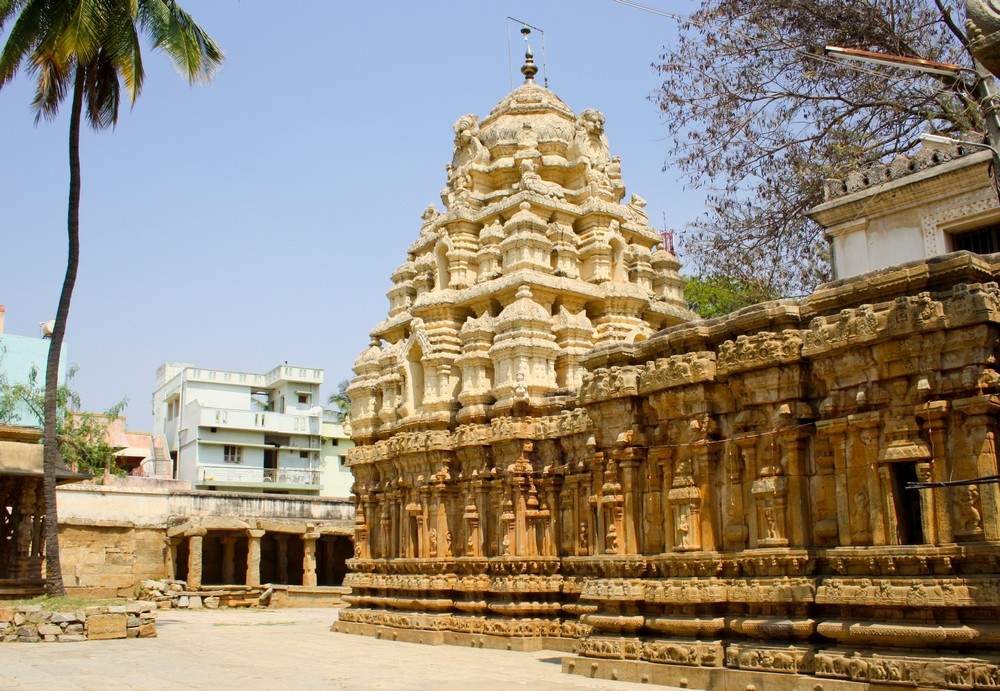 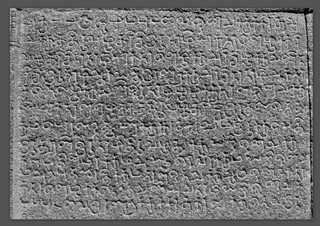 The Kolaramma Temple is built in the Dravidian or South Indian style; the pyramidal superstructure terminations in a curved roof over the sanctuary and the exterior pilastered walls with niches. The doorway is richly-carved with scrollwork and volutes encompassing mythological characters.

The ground plan of the temple is slightly unusual. It is a Dravidian temple. Its mahadvara has an imposing appearance and has well carved doorways. This is of the Vijayanagara period. In the centre of the prakara is the main garbhagriha. It has the images of Saptamatrikas (seven mothers) and an image of Kolaramma which actually is the image of Mahishamardini. She has eight hands holding different weapons and a demon under her feet. The fierce attitude of the sitting goddess is worth mentioning. 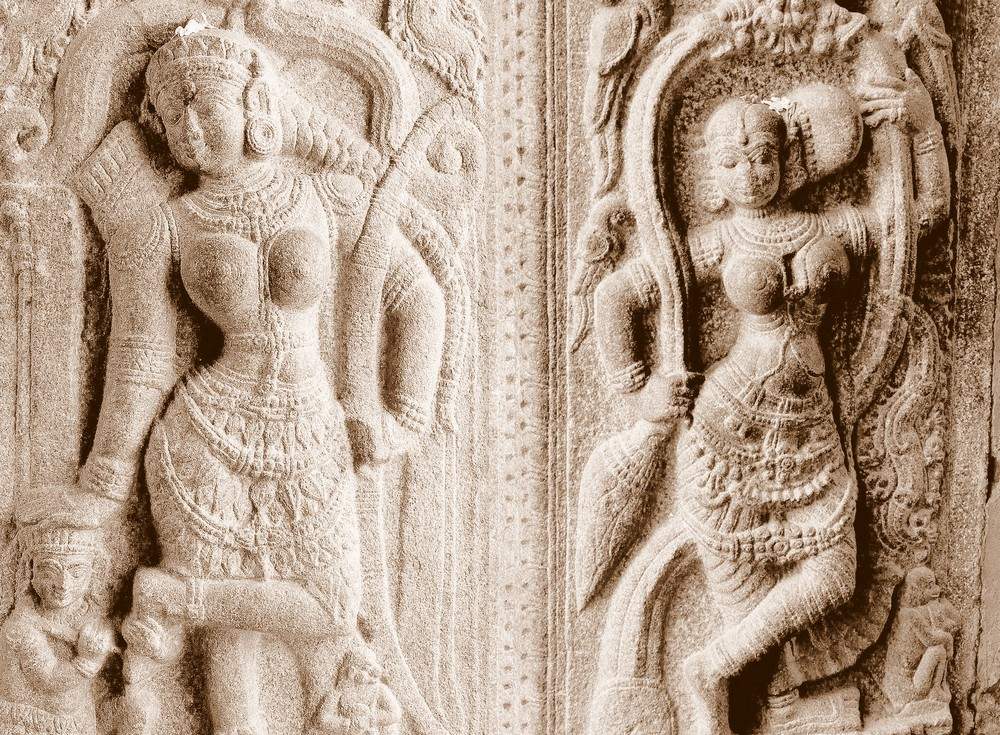 In another room, there are replicas of these images in mortar. It is believed that these mortar images were in worship originally before the stone ones came into use. 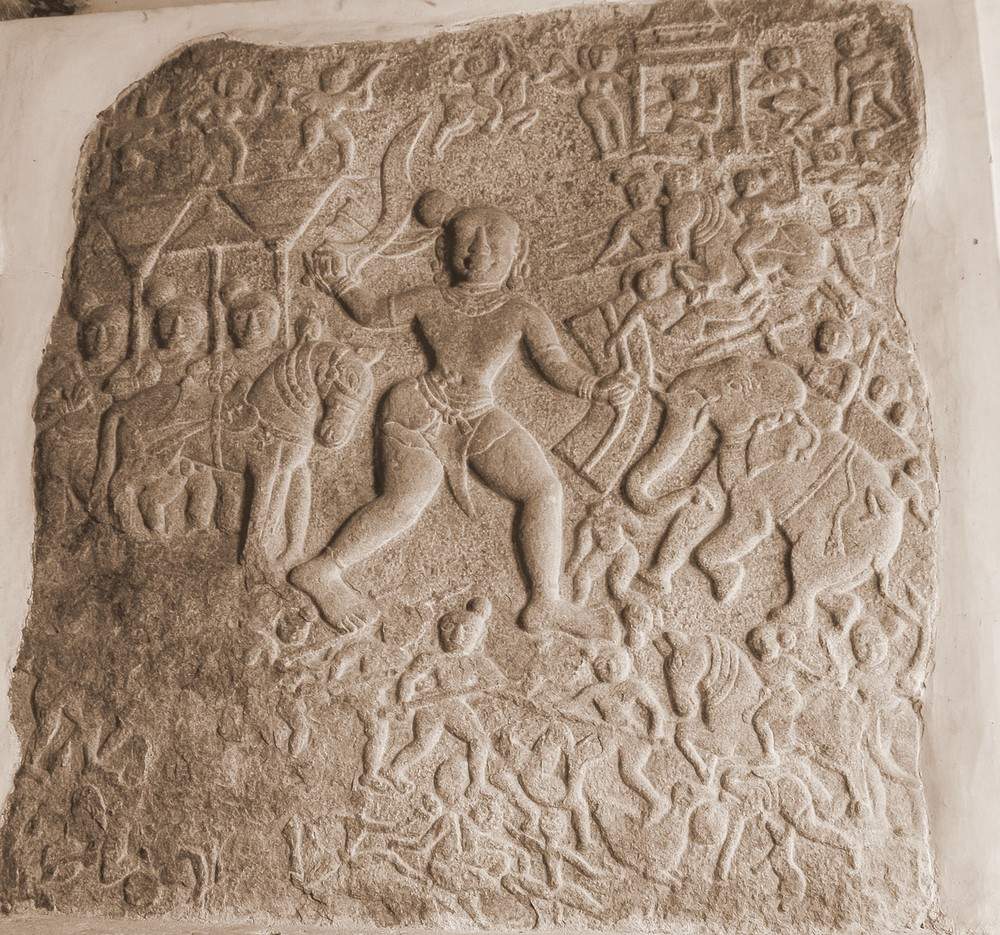 The goddess in the sanctuary was Mahishasuramardini, known as Kolaramma. This had replaced the original image of Kolarammma. The image has been replaced again by Saptamatrika figures.

There is another stone image of six feet in height called Kapalabhairava, locally referred to as Mukanancharamma. Some people believe that this was the original image of Kolaramma. However, this image is of great interest, as devotees believe that she will relieve them from the bite of the scorpion. Even today, people visit this temple for this purpose. 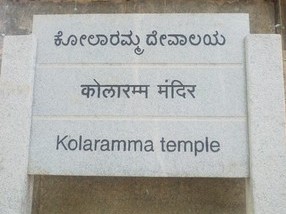 The temple is a center of Shakti veneration, a sect of ancient origins of the divine creative force of the Mother Goddess. Once a year people go to this temple and offer silver scorpion to this deity to ward off scorpion bite in future. The erstwhile maharajas of Mysore frequently visited this temple to get the blessings of Kolaramma. Thus, this ancient temple is interesting and important in the town of Kolar.