The last decade’s most remarkable business story has been the rise of Google as a dominant force in computing. Whenever a company becomes wildly successful in a brief span of time, it naturally becomes an object of fascination for corporate executives and even the general public. 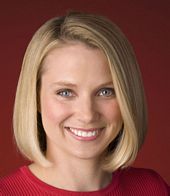 Marissa Mayer, then Vice-President for Search Products and User Experience at Google, and presently CEO of Yahoo, shared nine guiding principles of innovation that have helped her succeed with Fast Company:

How Google Fuels its Innovation Factory

How Marissa Mayer Handled Email while at Google

In an interview with tech journalist David Kirkpatrick for Fortune Magazine’s “Secrets of greatness: How I work” series, Marissa Mayer revealed how she processes emails. Marissa was then the Vice President of Search Products and User Experience, and is presently the CEO of Yahoo!

I don’t feel overwhelmed with information. I really like it. I use Gmail for my personal e-mail—15 to 20 e-mails a day—but on my work e-mail I get as many as 700 to 800 a day, so I need something really fast.

I use an e-mail application called Pine, a Linux-based utility I started using in college. It’s a very simple text-based mailer in a crunchy little terminal window with Courier fonts. I do marathon e-mail catch-up sessions, sometimes on a Saturday or Sunday. I’ll just sit down and do e-mail for ten to 14 hours straight. I almost always have the radio or my TV on. I guess I’m a typical 25- to 35-year-old who’s now really embracing the two-screen experience.

Ever wonder how CEOs of large companies manage and process the hundreds or thousands of emails they receive daily? 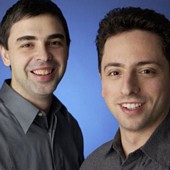 In a thread on managing loads of email, Quora user David Shin, who previously worked at Google, remembers Page and Brin being asked this question during a Q&A session at Google. When someone asked how they manage their email, one of them (he can’t remember which) responded like this:

When I open up my email, I start at the top and work my way down, and go as far as I feel like. Anything I don’t get to will never be read. Some people end up amazed that they get an email response from a founder of Google in just 5 minutes. Others simply get what they expected (no reply).

The story of Google co-founder Sergey Brin’s liaison with Google Glass marketing manager Amanda Rosenberg, and his subsequent split from his wife Anne Wojcicki are well known in Silicon Valley. Wojcicki and Brin, who had been married for six years and have two children together, are said to be living separately but that they were not legally separated.

Evidently, in the early days of the Google Glass Project, Amanda Rosenberg had spent time with Anne Wojcicki trying to understand how to target mothers with the gadget. They had thus became friends: Wojcicki had given Rosenberg a Christmas present, and Brin and Wojcicki went out to dinners with Rosenberg and Hugo Barra, her now ex-boyfriend and then an executive in Google’s Android team. But in late 2012 Wojcicki “came across messages between Rosenberg and Brin that caused her to feel alarm,” reported an exposing article in Vanity Fair.

What is less known is that Google CEO Larry Page apparently stopped talking to co-founder and long-time friend Sergey Brin after his affair with Amanda Rosenberg emerged. Larry Page, who has been friends with Brin since they first met during a welcome event for graduate students of Stanford’s computer science department, refused to speak to him after news of the affair emerged. According to an unnamed source quoted in the Vanity Fair article, “Larry is so ethically strict. … I heard Larry was insanely upset by this whole situation and wasn’t talking to Sergey” for a time.

Many employers have written or verbal polices on office romances. Employers implemented policies because they realize they aren’t going to stop people from having romantic relationships. They want to best protect the company from a claim of sexual harassment and ensure there’s no favoritism or conflict, which could hurt productivity and impact morale. In fact, Google’s code of conduct does not forbid dating and romantic relationships between employees,

“Romantic relationships between co-workers can, depending on the work roles and respective positions of the co-workers involved, create an actual or apparent conflict of interest. If a romantic relationship does create an actual or apparent conflict, it may require changes to work arrangements or even the termination of employment of either or both individuals involved. Consult Google’s Employee Handbook for additional guidance on this issue.”

Anne Wojcicki, who got a degree in biology from Yale, is one of the founders of 23andMe, personal genomics and biotechnology company that provides rapid genetic testing. She was even featured on the cover of Fast Company magazine as “The Most Daring CEO in America.”

Anne’s sister, Susan Wojcicki, continues to be one of the top executives at Google, where she is currently CEO of YouTube. In its formative days, Google’s first headquarters was located in her garage, and she was one of the first hires by Brin and Page.

Incidentally, Sergey and Anne met in 1998 when he moved off campus with his Stanford computer-science classmate Larry Page to set up a search-engine company in Susan Wojcicki garage.