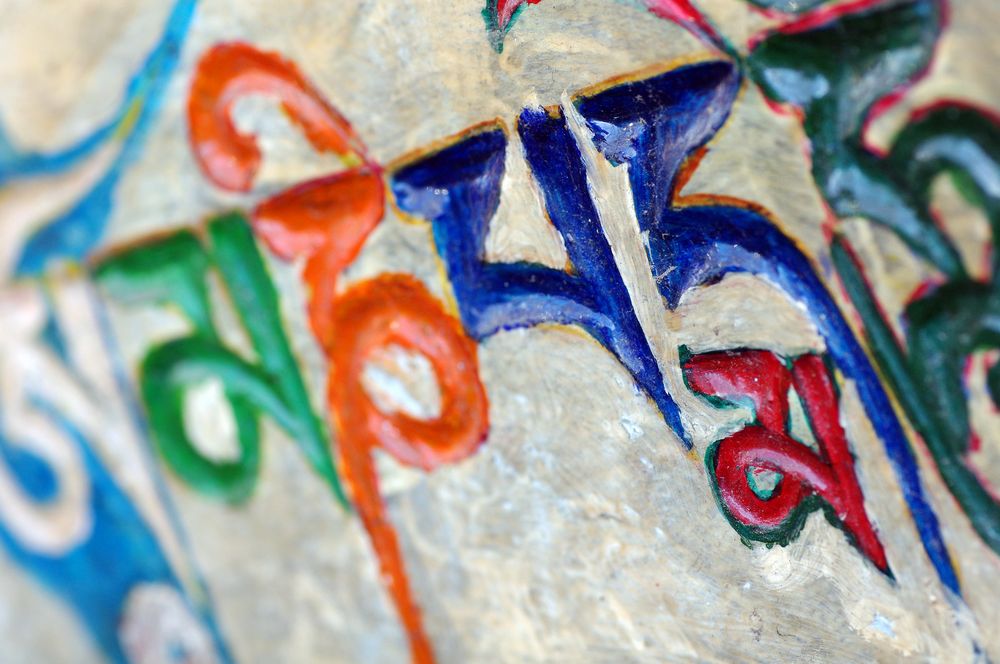 A mantra is a powerful and significant set of syllables, repeated in worshipping incantations. The most famous is ‘Om Mani Padme Hum’ (Sanskrit, ‘Om, jewel of the lotus, hum’), an essential mantra of Tibetan Buddhism.

The great Tibetan mantra, Om mani padme hum, engraved on metal and rock. It is also frequently printed on prayer flags and written on slips of paper and stuffed into the heart of a prayer wheel, so that with each flutter of each one of the flags and every turn of the prayer wheel, the vibrations of the mantra are sent out into the atmosphere. The purpose might be to create a positive force field around oneself and one’s community, and of course, to expand one’s merit.

The great mantra of Tibetan Vajrayana is Om mani padme hum. Inscribed on prayer wheels that are kept continuously turning and on multi-colored prayer flags that flutter benedictions in all directions, this mantra is central to the Tibetan way of life. Although the words mean “Hail the Jewel in the Lotus”, the mantra is believed to have consequence beyond the literal.

At one level, the jewel and the lotus can be seen as the dharma and the Buddha. At the tantric level, the mantra represents the intercourse of the Buddha with his feminine sakti, or Avalokiteshvara with Tara. While mani and padme share a grammatical association, om and hum are syllables that cannot be straightforwardly translated.

At a solely syllabic level, the six syllables of the mantra have been interpreted as corresponding with the six paramita (perfections) of the bodhisattva. These are generosity, patience, meditation, morality, energy and wisdom. One way or another, the mantra has also got absorbed with the idea of accumulating merit in the form of good karma, and part of the spirited turning of prayer wheels and the constant chanting with prayer beads is geared towards the end of notching up as many Om mani padme hums as possible. This reverberation is an important part of the Tibetan laity’s life of dharma. Centuries of being regulated to suit diverse human breathing and speaking patterns has rounded the edges of the mantra, so that it no longer has the clear-cut edges of the original Sanskrit, and has settled more or less in the comfortable groove of being Om Mani Peme Hung. 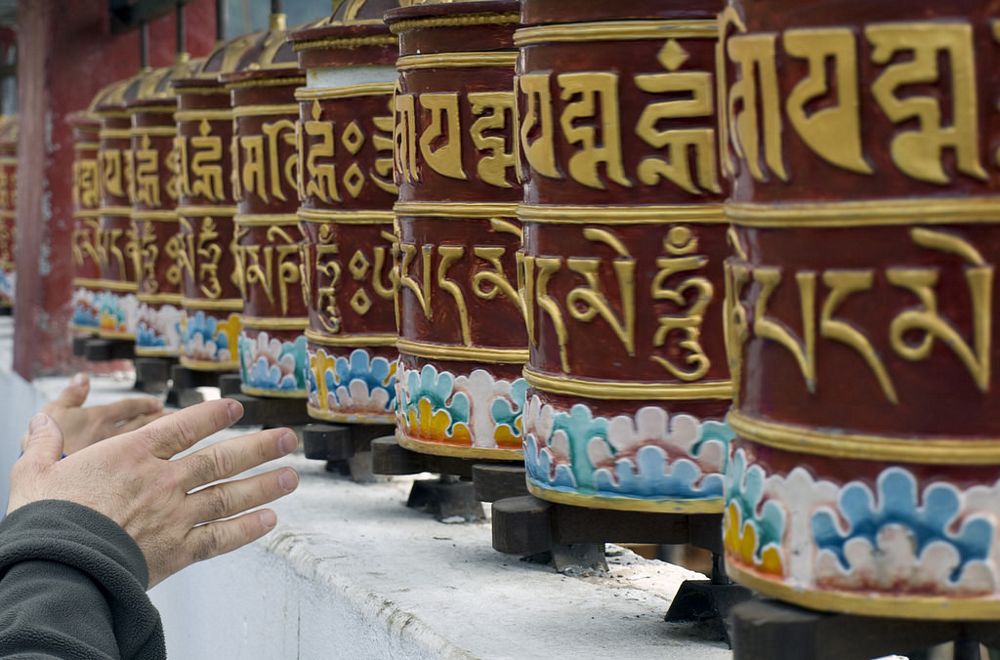 Dr. Filchner offers us here a general talk about a remarkable expedition that he carried through, notwithstanding immense difficulties, in Tibet for the purpose of cartographical surveys. He gives us a diary exemplified by fine photographs and interesting little sketches, and in this way offers us a most valuable supplement to Sir Charles Bell’s account. The expedition discussed is between Lanzhou and Ladakh along the north side of the Hedin Mountains or Trans-Himalaya. It is only within fairly recent times that the Trans-Himalaya has been evidently documented as a range, thanks largely to the investigations of Dr. Sven Hedin. It is therefore particularly interesting to have an account of a journey along this northern flank, and we look forward with interest to the publication of the scientific results.