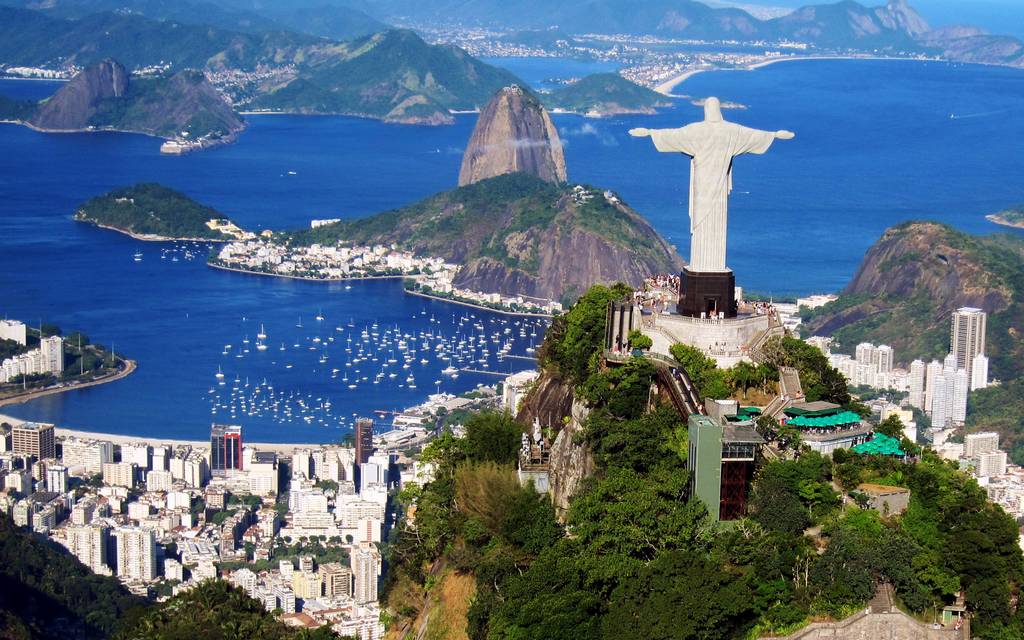 The statue of Christ the Redeemer bestrides a 2,300-foot mountain named Corcovado (“Hunchback”), weighing 635 tons, standing 130 feet tall, and measuring 98 feet from the tip of one outstretched hand to the other. The statistics alone are awe-inspiring.

The striking figure of the enormous Christ the Redeemer statue can be seen from almost any point in the city of Rio de Janeiro. Christ the Redeemer gazes out upon a city celebrated more for the pleasures of its flesh than for the saintliness of its sculptures.

However, the unique place that Cristo Redentore occupies in the hearts of all Brazilians depends on its sheer visibility. There’s scarcely a sunlit beach or a shadowy favela (shanty town) in the entire city from which the massive, reinforced concrete and soapstone image of the Saviour cannot be seen, his arms held apart in distant benediction.

The absolute scale of the structure means that humans are dwarfed when they stand at its foot—only by leaning back at an impracticable angle can they glimpse the carved features of Christ. In addition, of course, while many choose to look upward to mull over the face of divine power, others direct their gaze downward, over the spectacular panorama that encompasses both the natural splendors of the nearby coastline and the rampant urban sprawl that characterizes the restlessness of Rio.

Given the difficulty in accessing the site, up torturous, twisting roads, it’s not hard to believe that the statue took nine years to build, between 1922 and 1931. Nor that in a intensely Catholic country, a small chapel should have been built within its base dedicated to the Marian apparition, Nossa Senhora Aparecida (“Our Lady of the Apparition”), patron saint of all Brazil.

Symbol of hope, constant reminder of God’s presence, Christ the Redeemer serves not just as the guardian of the people who live in its shadow, but also as a steady companion through all their joys and travails. Although it stands thousands of feet above sea level, the statue’s foundations are rooted in Brazil’s very soul.

One thought on “Towering ‘Cristo Redentor’ (Christ the Redeemer) Gazes out upon Rio de Janeiro, Brazil”